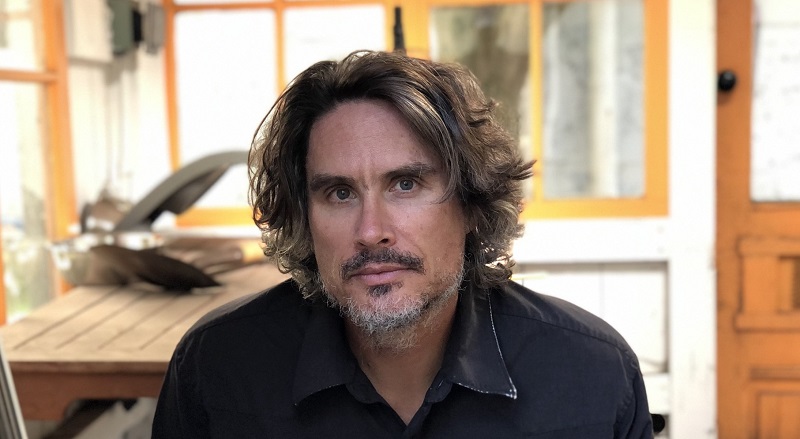 San Francisco singer-songwriter Bob Hillman found himself in a lockdown in March of this year, and used the time to write and record songs which reflected on his reactions to the pandemic.  The result is an EP of five songs, called ‘inside & terrified.’  These are songs that touch lightly on solitude, anxiety and feelings of isolation – ironically a common set of shared emotions at this time of not sharing time and space with others.

It’s an irony that’s not lost on Bob Hillman in other respects – the EP was recorded remotely, the band never played together although as Bob says “it’s possible that, in a world where musicians could still tour and record in studios, they would have been too busy to contribute to my project.”

‘This is Wild Land‘ speaks of encounters with an overpowering nature – skies that have cleared of pollution which allow the stars to be seen again, and the deserted roads becoming dirt tracks with the reduction of daily traffic.  It’s enough to make one question one’s place in the world – but the perspective is tinged with an ever increasing avoidance of contact with humanity.  Wild and strange times indeed.

Bob Hillman has seen a surge in creativity in recent years having had some success in the late 90’s and early 2000’s when he recorded three albums.  He could also, for example, be found opening for Suzanne Vega on her worldwide ‘Songs in Red & Gray‘ tour, but he took something of a hiatus from music before releasing the Peter Case produced ‘Lost Soul‘ in 2016, following that up with ‘Some Of Us Are Free, Some Of Us Are Lost’ in 2018.

The ‘inside and terrified‘ EP will be released via Bandcamp on 18th September, and on streaming services a week later.