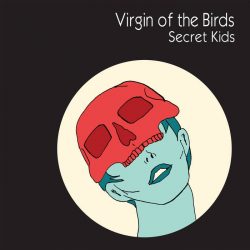 Jon Rooney records are documents of how songs are captured at the moment of recording. I always suspect that the next time I hear the song it could be significantly different, and in this respect he’s like Howe Gelb. He shares the immediacy (but not quite the Bandcamp catalogue) of Car Seat Headrest, moving between lo-fi and art-rock seamlessly. Some songs are fully realised, and if they are not, they may be at some future point. There’s an affinity with the Silver Jews and Clem Snide and it is the mark of the man that Jon Rooney holds his own in such company.

Rooney is a wry lyricist. Like John Darnielle it’s always worth following him through a song – the music is the vehicle, the delivery mechanism, it’s pretty standard indie-rock – with mundane lyrics and vocals it would collapse into the mediocre mire – but with Rooney’s songs it is elevated. ‘Spooky, Stony, Barely Over Thirty’ is a title that hints at his love of language. It’s one of a few tracks that moves into Velvet Underground territory, whilst the more driving rock of ‘Cardinal Points’ – which slips back into ‘Every Revelry’ from ‘Winter Seeds’, a song that is also name checked in ‘Spooky..’ -is something that threatens to shake my devotion to Bill Callahan. There are often little call-backs to other songs, repeated phrases that bring little surges of recognition and familiarity.

When he slows things down as on ‘I am A Bad Dreamer’ he sounds like Eef Barzelay; wistful, melancholic with little barbs of emotion getting under your skin and sticking. ‘Minmae Shall Be Revealed’ with spare vocals and acoustic guitar is sincere and affecting – even stripped back (though electric guitars and electronics push in later) Rooney has the tools to punch you in the heart. ‘Victor Bockris’ is a lyrical tour-de-force and ‘Summer Palace’ is one of those indie-rock gems where the guitars sound straight out of New Zealand (is it me or are more and more bands sounding like they were brought up on a steady diet of Flying Nun?) threaded together, chiming and snaking around in serpentine patterns.

This is a marvellous record from beginning to end. There’s not a moment of ennui, not a single passage that you want to skip even after repeated listens. All this and a great Lemonheads reference too. This is one that is destined for my end of year lists.