If you’ve never heard “Nature Anthem”, watch in awe below and prepare to not sleep for the next 3 weeks.  Uncut reports: “Grandaddy have announced details of their new studio album, Last Place. It’s their first album since 2006’s Just Like the Fambly Cat. Last Place will be released on March 3 on Danger Mouse’s Century Records. Produced by the band’s Jason Lytle, it also features Jim Fairchild (guitar), Kevin Garcia (bass), Tim Dryden (keys) and Aaron Burtch (drums).”  END_OF_DOCUMENT_TOKEN_TO_BE_REPLACED 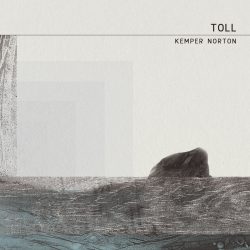 My old boiler used to sound like ‘Mladic’ by Godspeed You! Black Emperor, so the musicality in machinery’s tonal shifts and sighs, and how it can create melody, isn’t new to me and is, I believe, in our DNA. Try watching Bjork in Dancer in the Dark (without bawling) for another example, and it’s perhaps because of this that I enjoyed much of this record, but inevitably with music like this, there’s a rub, because if you can’t hear sadness and a deep, inexplicable weariness in the hum of your fridge freezer, or find the sound of your boiler oddly beguiling, you should probably stop reading here.  END_OF_DOCUMENT_TOKEN_TO_BE_REPLACED

It’s that time of year again and to accompany a fine piece of gravel-voiced rock’n’roll we of course have zombies.  Happy Halloween!

Esmé made a name for herself with 2014’s Woman To Woman, an album of ‘answer songs’ written from the perspective of women such as Jacko’s ‘Billie Jean’ and Dolly Parton’s ‘Jolene’ (more on all that at this piece Esmé wrote for the Guardian). Esmé also collaborated on Shakey Graves’ hit ‘Dearly Departed’, performing in the U.S. on David Letterman and Conan O’Brien. END_OF_DOCUMENT_TOKEN_TO_BE_REPLACED

Pete Falloon is a multi-instrumentalist and folk-pop/country rock singer/songwriter. Having played in several West Country acts, and the cult duo with his brother Matthew, Brothers Falloon, Pete is gearing up to release his debut solo long player Reed In The River in Winter 2016.

Can you tell us about yourself? Where you’re from and what you’ve been up to over the past few years?  I’m blessed to be based in Exmouth, Devon, UK, a beautiful part of the world. I was born in Kent but definitely call Devon home now – I love the outdoors and the natural environment here is spectacular. Over the last few years, I have been working on writing and recording my debut album. It’s taken quite a while and been a lot of work alongside raising a young family and a day job, but it has been really rewarding and an incredible journey. I had no idea it would turn out just how it has, but it’s exactly what I wanted it to be! Since the album was completed, I’ve been playing live a lot more, mainly solo and everything from tiny fully acoustic folk clubs to support slots in bigger venues. I’m really enjoying that, and sharing the new songs with new people. END_OF_DOCUMENT_TOKEN_TO_BE_REPLACED

Westcountry Americana songwriter Steve Black, know for his work alongside Alan West is a terrific singer/songwriter in his own right and his blend of easy, Laural Canyon style country music on “Right Here and Now” on NEO Music is a marvel. END_OF_DOCUMENT_TOKEN_TO_BE_REPLACED 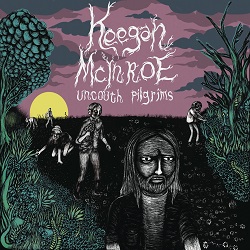 ‘Uncouth Pilgrims’ is Texas-based singer-songwriter Keegan McInroe’s fourth studio album. The fourteen songs on show deliver some great storytelling and musicianship. At first listen, some of the songs maybe don’t appear that original, with relatively familiar chords structures and feel. It might also be said that Keegan’s vocals aren’t necessarily the strongest. However, whilst his pitching might not always be musically perfect, it is offset by the gruff charm and style of his delivery. That and some great lyrics carry the day and repeated listens highlight more depth to the songs than is first apparent. END_OF_DOCUMENT_TOKEN_TO_BE_REPLACED

After decades apart, Lowe and Michaels were reunited in Austin, Texas, here they built a new relationship and shared their passion for music. Michaels passed away in 2008, but Lowe has nurtured his father’s musical legacy as a standout singer, songwriter, and bandleader of Americana music As a founding member of Cat Mother & the All Night Newsboys in ‘60s New York, Lowe’s father Roy Michaels worked closely with Jimi Hendrix(who produced Cat Mother’s first album) and shared bills with many in the rock pantheon. Wandering Father, Forgotten Son, Lowe’s second record, is a bridge between the the ghost of a father who drifted to Thailand and a son who was left to fit the pieces together.. END_OF_DOCUMENT_TOKEN_TO_BE_REPLACED

Celtic Connections, one of the highlights of the americana year (indeed the first highlight of each year) has announced its line-up for 2017 which is cracking as always – 2,100 artists (!) in 20 venues across Glasgow.  The festival opens with a special performance from Laura Marling & the BBC Scottish Symphony Orchestra at Glasgow’s Royal Concert Hall, and a host of events follow, including performances from Calexico, Tom Russell, the Felice Brothers, Seth Lakeman, Tom Paxton, Billy Bragg & Joe Henry and Eliza Carthy.  There are also performances from our friends at Brookfield Knights including Ozere, 3Hattrio and Nathan Bell.  Head over to the Celtic Connections website for full details and tickets.

Having a bit of a Ryan week for news we are.  Pitchfork reports: “Last night, the Oasis documentary Supersonic screened in the United States. It’s the only night that the film will play in the country. Among those who went out to see the film was Ryan Adams. He tweeted out his recommendation, telling people they should see it “if you need something to remind you what the fuck rocknroll means.” He also lamented “how boring” music has become since Oasis emerged. END_OF_DOCUMENT_TOKEN_TO_BE_REPLACED