Brendan Behan said ‘critics are like eunuchs at a harem; the know how it’s done, they’ve seen it done every day, but they’re unable to do it themselves.’ While I’d stop short of referring to myself as a critic, it’s a valid point, and as much as everyone’s a critic these days, not everyone has the right to be. Perhaps I don’t either, but that’s another pointless discussion. It was submitted, I received it, so here’s my critique. END_OF_DOCUMENT_TOKEN_TO_BE_REPLACED

This is the latest single taken from John Smith’s outstanding album Headlong and very good it is too.  Catch him on tour with Gomez in April and May. 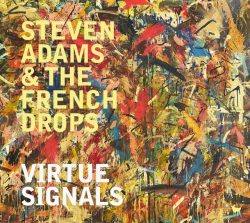 It may be fast-approaching a decade since indie heroes the Broken Family Band decided to call it a day, but lead singer Steven Adams has remained prolific, releasing numerous records under a variety of monikers. The latest of his musical ventures is fronting The French Drops, who release their debut full- length ‘Virtue Signals.’ END_OF_DOCUMENT_TOKEN_TO_BE_REPLACED

Remember when the Americana scene was full of ex-punks who’d brought a kick-ass sensibility to a moribund music? Well, Sarah Shook has the right credentials – her inspirations are the Pistols,  Elliott Smith and Hank Williams.  ‘New Ways to Fail’ is the second single off her band’s second album ‘Years’ and it blends in pedal steel with rumbling guitar and a “get lost, and do it now” vocal.  The lyrics might be Hank Williams rhyming clever – but they’re also unashamedly direct and to the point.  But enough chat – Hit It !

News this morning from Billboard who are reporting that David Crosby’s life and music will be the subject of a new documentary produced by Cameron Crowe who’s quite well respected for that kind of thing. They report: “Crowe’s Vinyl Films will produce the A.J. Eaton-directed film about the Rock & Roll Hall of Famer with BMG, which is financing and executive producing the doc.
In addition to producing the documentary, Crowe has conducted multiple interviews with Crosby that will cast a new light on the artist, whose career includes stints in the Byrds and Crosby, Stills, Nash & Young, as well as a vibrant solo career. END_OF_DOCUMENT_TOKEN_TO_BE_REPLACED 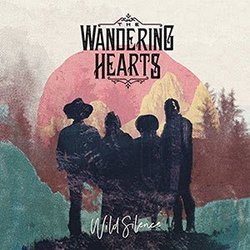 Reviewing an album which has already spent three weeks at number 1 in the UK country charts feels a bit like being the last person to get to a party that’s already been underway for some time but, feelings of social anxiety aside, it’s better to be late than never.

END_OF_DOCUMENT_TOKEN_TO_BE_REPLACED

The latest fine song from Shane Joyce, who also fronts the excellent Midnight Union Band, comes with a wonderful video.  Check out his album The Sadness Of King Joyce, out on April 9th.

We make no secret of the fact that we’re big fans of Tom Paxton, so you can imagine our excitement that his next UK tour will start just a week from now.  You can find the dates here.  And sure, this song comes from 2015’s ‘Redemption Road’ but it’s looking as if it’s going to be topical for a long time yet. 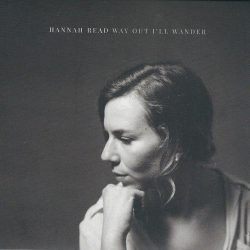 This is a beautiful album. Beautifully written, beautifully played and sung, beautifully crafted. Hannah Read is one of those musicians who seem too gifted not to turn out perfection each time she records. This, her second album, is the follow up to her acclaimed 2012 debut ‘Wrapped In Lace’. Hannah Read was born and grew up in Scotland but is now based in the USA. This gives her music a very interesting hybrid sound, since the roots of her upbringing in Scottish and English folk music are clear to hear but they’re infused with a strong sense of Americana – she’s practically a one woman Transatlantic Sessions! Read has been honing her craft touring all around the US and Europe in recent years and was part of the highly praised Songs of Separation project that won a BBC Folk Award for Best Album of 2017.  END_OF_DOCUMENT_TOKEN_TO_BE_REPLACED

It is a limited edition…there is not an unlimited supply.  We believe it.  The next massive release in the ongoing Bruce Springsteen Archival LP releases is Volume 2: 1987-1996.  Thus there are vinyl pressings of ‘Tunnel of Love’, ‘Human Touch’, ‘Lucky Town’, ‘In concert / MTV Plugged’ and ‘The Ghost of Tom Joad’.  To sweeten the deal Columbia are throwing in the EPs ‘Chimes of Freedom’ and ‘Blood Brothers’ – and that last has never been on vinyl.  Never.  END_OF_DOCUMENT_TOKEN_TO_BE_REPLACED