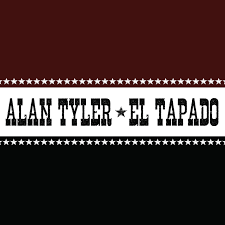 ‘Dumb Ass’ or ‘The Hidden’ – two translations of El Tapado which is The Rockingbird’s founder member Alan Tyler’s tenth album all told. It is, however, the first that he has almost exclusively recorded and played on a Teenage Engineering OP-1 programmable synthesiser. Then by tidying up the results with some Magic Numbers backing vocals and guitars from long time collaborator Patrick Ralla the album was born.  Of course to a reviewer and casual listener the genesis of an album is of little consequence unless the music itself grabs and holds beyond the initial investigation. And…

Well … yes and no. There are a raft of catchy melodies and interesting narratives but there is a lightness of production that to these ears seems to undersell the material. For example ‘My Heart Was Always Wrong’ is a beautifully structured chiming piece of melancholia that just needs something more than the bed of trebly synth. ‘There’ has an 80’s feel that is undeniable in the It’s Immaterial vibe and it works but doesn’t feel as if it’s built to last and maybe it’s not . Why should it be?  There is a hint of the Colourfield in the deadpan delivery and ending – ‘Thinking of You’. So to conclude this album currently sits on the cusp of being a keeper and despite an instinct to move on there are sufficient hooks here to snare the diligent listener even if it occasionally feels a little two dimensional.