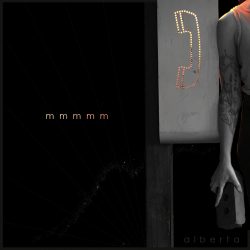 lectic album from Alberta, the alter ego of Detroit native David Boone is a rough, ready and sometimes raucous affair with surprising subtlety thrown in for good measure. Track one ‘Outta My Head’ kicks things off in a punk style reminiscent of New York Dolls or even the Ramones with its sparse instrumentalism and jerky vocals, but the tracks that come after follow a range of styles including swing with clarinet taking the lead in ‘Black Powder Sweet Pea.’ On ‘Quitters & Thieves’ there is an almost jazz lounge style on show with brooding vocal and sensuous piano all pulled off with some style.

Clearly, the artist has been influenced by many musical genres and artists with Tom Waits being one as ‘Baby Don’t Blow Your Head Off’ can almost be mistaken for a Waits cover from one of his early classic albums with sax solo and bar room style piano to the fore. On that point the marketing material accompanying this album tells us that all songs which were penned by Boone were written on a Salvation Army piano although it is unclear if that instrument was used on the recording itself. That piano and Waits-like sound close off the album on ‘Well, Well’ another well delivered brooding piece. This work takes a little getting into but once you are on the artists’ wavelength it delivers and is certainly a good album of its particular style.