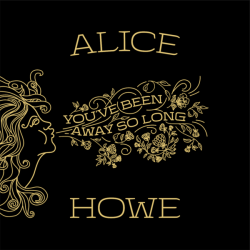 Alice Howe’s journey as a musician takes in all points of the compass. Hailing from Boston, she recorded her new EP on the opposite coast of the US in Seattle. And while the record traces her time in the Pacific Northwest the influences she cites look hundreds of miles to the south to the Californian Laurel Canyon of Joni Mitchell. To her name could easily be added another – and with it a move back east to Nashville – Gillian Welch. In which case, the Dave Rawlings to Howe’s Welch is multi-instrumentalist Jeff Fielder whose plaintive guitar augments her songs’ emotions or articulates what the words cannot or dare not say.

Not that Howe struggles for expression. In just five tracks, she travels from Homeland Blues’ well-worn country tropes through a homage to Steven Martin in Make A Fool Out Of Me – the title taking on a double meaning when its backstory is explained – to arrive at a resigned fatalism in Don’t Worry Honey: “Don’t worry honey cause ain’t nothin gonna turn out right.” Her vocal register dips a notch for arguably the standout song, Nothing But You, about her late father. “But if I’d never lost you, you may never have been mine.”

The effect is to make the listener feel they’ve stumbled in on Howe playing just for herself (accompanied by Fielder of course), at once of the moment and timeless, personal and universal.