So the votes are in and it’s all change this year as a new roster of artists take over the pole positions in our survey of what’s rocked your boat over the last 12 months – the site has always been proud to support independent music and it’s great to see so many artists who aren’t household names, some of whom have been around for some time, take the honours. Thank you for all your kind comments regarding the site and particularly those about the monthly CD which some of you are generous enough to still donate for.  We’re taking our annual break for the holidays and will return the first week of January.  In the meantime, a very happy Christmas to all our readers and wishing you all the best for 2017.  And now, here’s those results.

Best Band: The Stray Birds  The act who dominate the poll this year play music that might be described as shock, horror.. bluegrass more than anything else, but their impact on the UK Americana scene has been huge, playing numerous festivals and building legions of fans in the process.  Heralded by NPR among others, the Stray Birds’ energy makes them an essential band to see play live.  Michael McDermott’s full band spin-off The Westies makes its first showing in one of our polls and Portland, Oregon’s finest Richmond Fontaine (RIP) receive a hero’s send off.  Thank the Lord Willy Vlautin has more to say in different guises. Runners up:  The Westies, Richmond Fontaine, Danny and the Champions of the World, the Mike + Ruthy Band 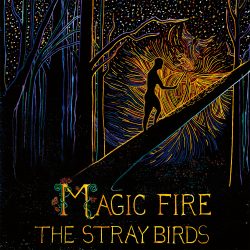 Best Album: The Stray Birds “Magic Fire” (Yep Roc)  It was the year arguably that our feathered friends the Stray Birds broke into the Americana mainstream, proving that the “difficult third album” thing isn’t an issue for all artists. Produced by Grammy-award-winning Larry Campbell, the album is a masterpiece in modern Americana with a full band fully fleshing out their sound.  Richmond Fontaine’s farewell collection and Michiganders Red Tail Ring’s old town school of folk music also make appearances, as does the Neko Case lead recording with KD Lang and Laura Veirs. Runners up:  Richmond Fontaine “You Can’t Go Back if There’s Nothing to Go Back To” (Décor), Red Tail Ring “Fall Away Blues” (Earthwork), Case/Lang/Veirs “Case/Lang/Veirs” (ANTI)

Best Male: Michael McDermott  “Michael McDermott is one of the best songwriters in the world and possibly the greatest undiscovered rock ‘n’ roll talent of the last 20 years.”  So says legendary author Stephen King (who is still pending forgiveness for Under the Dome).  Starting out playing coffee bars in Chicago, McDermott is now more at home playing patriotic American songs to sports stadiums, but his songs are as original as ever 20 years on.  Beardy Cam Penner (who often performs with Jon Wood), Chattanoogian Nathan Bell and the now ubiquituous Jason Isbell take the runner up spots, the latter breaking into audiences anew with every new record. Runners up: Cam Penner, Jason Isbell, Nathan Bell

Best Female: Bronwynne Brent  Mississippi Delta born Bronwynne Brent has been described as having “the kind of stop in your tracks voice that sounds like Southern sunshine”, and although her debut album Stardust was recorded in Seattle, it still manages to evokes an entirely different region, with contributions from the likes of Calexico’s John Convertino and bass player Keith Lowe.   One of the New England so-called “post-folk” scene’s brightest new talents Laura Cortese also makes an appearance (kind of like post-truth but with folk, not truth), as does the Nashville based country singer Margo Price who made her UK debut this year on Later… with Jools. Runners up:  Laura Cortese, Margo Price, Lucinda Williams

Best Live Act: Richmond Fontaine  Nice to see the final year of existence for Willy and the boys give them the top spot in this category – touring extensively on the way out (hence the “final final” tag for some of their shows) proving that we’ll not see their like again.  Well, maybe their like (thank you Willy).  Michael McDermott and the Stray Birds meanwhile take the runner up spots, the former presumably showing off his new haircut, proving that plugging away on the live circuit is worth its weight in gold. Or AUK readers poll votes at least. Runners up: The Stray Birds, Michael McDermott, The Mike +  Ruthy Band

Best Radio Show: Bob Harris Country  For the so many years we’ve lost count-th year running, Bob Harris tops the best radio show category, for the first time with his Country rather than Sunday show, and well deserved it is too – still the best concentrated hour of radio you’ll hear in the world, it all feels like it’s over with too soon by the time those 8 o’clock pips come around.  Hats off too to the ever popular Horseshoe Lounge, Vale Radio and Celtic Music FM’s Mike Ritchie whose Sunday show continues to impress. Runners up: The Horseshoe Lounge, Vale Radio, Mike Ritchie on Sunday, Bob Harris Sunday 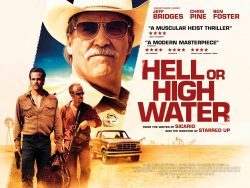 Best Movie: Hell or High Water   So called neo-Western heist-crime movie “Hell or Highwater” which features a superb soundtrack by Nick Cave and Warren Ellis comes top of our poll, no doubt helped along by the music, while the dark, violent and superhero-y Deadpool gets a runners up spot, as does Ken Loach’s Cannes winning masterpiece which even got raised at PMQs, although you can guess who enjoyed the film and who didn’t. IDS presumably still thinks a bottle of milk costs 12p. Runners up: I, Daniel Blake, Deadpool

Hero of 2016: Bernie Sanders  It’s reassuring to know that AUK readers are broadly on the same side, and the man many of us wished had been the next US president (let’s face it, he might have been had the DNC been a different beast) takes the deserved top spot in this category – we hope he’ll continue to be an important player for many years to come. Bubbling below are two very different but hugely significant individuals in their own rights, both of whom were suddenly taken from the world, but both leaving behind significant legacies, their works small beacons of hope in these dark times. Runners up: David Bowie, Jo Cox

Villain of 2016: Donald Trump  Harking back to the days when AUK polls first ran and George W would win this category overwhelmingly each year as sure as night follows day, there really was no competition at all in 2016, although the arch-architects of Brexit, one intentional and one haphazard, do get dishonourable mentions.  There are scary times ahead not just for the US but the world, but in the words of The Nation: “Mourn. Resist. Organize.”  Don’t let the bastards get us down.  Runners up: Nigel Farage, David Cameron, Theresa May