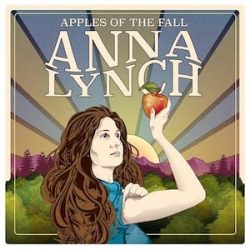 It’s been seven years since Anna Lynch released her debut album (little heard but first-rate) and returns with this poignant EP steeped in American rurality. A wanderer around her country, her roots in the apple growing Sonoma County in Northern California are referenced in the title track, where she returns from her sojourns to find change, the old apple picking traditions and buildings replaced by grape harvests and the wine industry. As on all these tracks, Lynch’s voice is centre prominent, supported by her acoustic.

But each track is subtly produced, with shuffled percussion, slide, mandolin, banjo etc sparingly and cleverly mixed in. Her material has a feel of Patty Griffin with a voice like Lori McKenna, and it has the sense of a loud voice held back to tell these stories with clarity. Every lyric is crystal clear, and in tracks like ‘Do You Miss Me Yet’, affecting with the slight break in her voice suggesting how personal these tracks could be, the aching realisation that it really is over. In ‘Hotter than Hades’ she sings “He touches my backbone, and proves that I’ve got one, so I’ll pick a fight”. ‘Beer in Jars’ reworks an earlier track about not finding love in small towns, saying “boys in bars and beer in jars keep the blues at bay”. These are proper stories with beauty in their simplicity.

Bruised fruit from a mini orchard