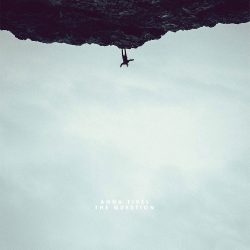 Of all the wonderful things rightfully said about Portland’s Anna Tivel, there is one that resonates perhaps more than many others, about how “you lean in to listen how she has put the words together.” It’s quite astonishing how her voice draws you in to really listen to the story she is telling. She creates recognisable characters in simple, uncomplicated environments and situations in her songs that we all understand, because we have all seen or experienced them. Stories written by an exceptional poet and delivered quite beautifully.

This fourth outing on Fluff and Gravy Records isn’t your typical folky record….it’s got synths and strings and all sorts. Producer Shane Leonard also encourages Tivel on some songs to speak through the words rather than sing them straight, and you really do lean in at these points. As with most of her body of work, Tivel addresses a wide range of topical subjects, including transgender, borders, relationships, house fires and family shelters among others, to create an album that is quite remarkable.

The inspiration for the opening and title track came while wandering around the streets of New York thinking about how everyone spends so much time trying to find ‘an answer’, and spotting a man putting on a wig and makeup through the window of his apartment: “And the neighbours never mention the woman they see leaving/Is the man who works the morning shift selling gasoline.” Synths and guitars create a late night dreamy echo effect perfectly.

The first single release from the album, ‘Fenceline’, addresses the uber topical theme of border walls and fences, and divisions in general. Sweeping strings create the mood of someone dreaming of making it across the fenceline to desperately fulfil a dream….”Unbar the pearly gate, unblock the road, ‘cause down here at the border, I’m just an animal.”

More strings underpin ‘Shadowland’, gently trundling on, reflecting on the difficulties of simply living a life. ‘Figure It Out’, a love song, more traditionally acoustic, follows with promises to try harder to be more positive… “the darkness, it scares me to death, but I’ll figure it out.”

A number of the songs on the album were written while touring and ‘Minneapolis’ is one that describes that feeling in deepest winter when a sense of being stuck, of being unable to move or change – a stagnating relationship – means perhaps it’s time to make the move…. “A cloud of dust, and we could just be gone/Something lost, and something won.” One of the standout tracks is ‘Worthless’, a bluesy, ominous, almost angry fist shake at those who use names and labels repetitively until they stick. “I never did wrong/I never did gamble/until the day you called me worthless”

How life can change in an instant provides the theme for ‘Anthony’, a true tale of a house lovingly transformed into a work of art over a period time, lost in a fire caused by a cigarette….”I thought I knew what forever meant”, and ‘Homeless Child’, based on a conversation the songwriter had with a mother with her children in a homeless shelter about how life can change after a single and simple moment of bad luck, follows a similar line.

With an almost ‘dirty’ guitar to see it out, ‘Velvet Curtain’ showcases the power of music and singing without the need for anything as tawdry as an audience, just the freedom of an empty stage and a wooden broom handle for a microphone, and the album ends with ‘Two Strangers’, a hope filled story of two people who get a chance to take an initial fleeting meeting to greater heights when they meet again. A very romantic and upbeat conclusion.

The quality of songwriting on this album is superb and Tivel’s voice is a magnificent draw. A perfect answer of an album.

Anna Tivel asks The Question and certainly seems to have the answer.