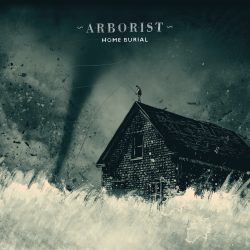 This is a most impressive debut by the Northern Irish band. It’s an Americana soufflé wearing its graft and craft lightly, the apparent effortlessness coming at the price of hard work and talent. There is substance and quality at work here. The word artisan is apposite, the songs flowing like an Anthony Hopkins performance, art without artifice, a direct connection, no obfuscation, just an immediate contact with the essence of the songs. There’s no barrier between the listener and the pleasure to be had from the songs.

The songs offer many touchstones. ‘A Crow’ is Elbow like, ’A Man of My Age’ has the feel of a Grant McLennan solo song, it might fit on ‘Horsebreaker Star’ [the greatest album ever recorded – Editor] though the self-reflexive lyric is more Robert Forster like than the true romance of McLennan. ‘I Heard Him Leaving’ is world-weary country song dressed in a good dark suit, a kind of ‘I Flew Over Our House Last Night’ written by Raymond Carver and sung by Robert Forster. ‘Dark Stream’ puts forward their own credentials – it’s a big woozy swoon of a song. Embellished with splashes of brass that anchor the dark dream like feel of the song, it’s not the happiest of dreams.

A lot of the other songs have the feel of Andrew Bird with those soaring strings – ‘Rules of the Burial’ is the first but not only example – there’s something in the inflection of the vocal, the lyrical and musical phrasing. The songs are strong enough to bear comparisons; they have their own identity and when Kim Deal joins on the excellent ‘Twisted Arrow’ it’s not like a celebrity cameo, she’s woven into the fabric of the song. The whole album is impressive. It effortlessly offers subtle variations reaming true to the central premise; it is cohesive and well balanced. It’s one of those records that sound better with each listening. It’s exactly the kind of forward thinking folk based music that we should be championing; they are a welcome addition to the scene.