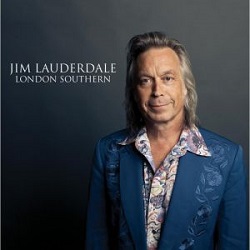 Three decades into his career Jim Lauderdale has achieved, with London Southern, a long cherished ambition to record an album in London. The temptation to do so was driven by excellent motives – he could record at old friend Nick Lowe’s studio and could also avail himself of Nick’s band. The result is a richly toned traditional country album the opener of which – Sweet Time – will have the listener scurrying for the sleeve notes. Is this an unfamiliar Hank Williams song ? END_OF_DOCUMENT_TOKEN_TO_BE_REPLACED 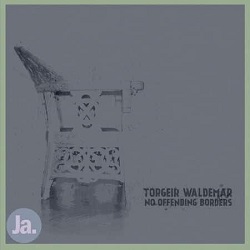 Torgeir Waldemar’s second solo album is a simply stunning offering – a beautifully balanced combination of visionary acoustic songs, full of strong and vivid imagery, and more strident West Coast rock songs, sweetly melodic but shot through with bursts of fuzzed up guitar adding depth to lyrics of loss and despairing pain. It’s a pure delight from the hypnotically circular finger-picked opener Falling Rain (Link Wray) to the closer I see the end which sounds like a nineteenth century hymnal reshaped as a devotional love song. END_OF_DOCUMENT_TOKEN_TO_BE_REPLACED

Devon Sproule is amongst the finest singer-songwriters active today, with an instinctive feel for the music which frames her incredible lyrics.  There’s something of a jazz feel to her, something of a folk artist cutting a new and far more interesting path through other people’s expectations.  She can rock some too.  Devon Sproule is something special – we’ll brook no argument.  No argument.  No brooking. END_OF_DOCUMENT_TOKEN_TO_BE_REPLACED

Israel Nash is on tour opening for Band of Horses, but this was a night off and an opportunity to play if not quite a secret gig then at the least an incredibly intimate one. The Islington is not such a big pub, and the performance space is tiny – a capacity of sixty or so perhaps, and not surprisingly it was sold out. Tonight was to be a duo performance – Israel Nash on acoustic guitars and Eric Swanson adding waves of the most perfect pedal steel. Who needs a band ? END_OF_DOCUMENT_TOKEN_TO_BE_REPLACED

Fourteen years have passed since Elliot Smith died, and twenty have passed since the release of Either/Or.  There’s been no dimming in the interest in his music, and there’s no reason why more of it shouldn’t be released.  So here it is, the twentieth anniversary expanded edition of Either/Or. END_OF_DOCUMENT_TOKEN_TO_BE_REPLACED

Shirley Collins holds a unique place in the pantheon of English folk music – her 1959 song collecting journey in the USA, assisting Alan Lomax, is legendary enough but she also shook up the folk scene with collaborations with Davey Graham and her recordings with her sister Dolly which brought new arrangements to old songs which were sung in an unaffected English voice.  She was widely lauded as carrying a distinctive folk purity, acting almost as a vessel for the music, through the late sixties and into the seventies.  And then she lost her singing voice. END_OF_DOCUMENT_TOKEN_TO_BE_REPLACED

It’s fair to say that growing up Loudon Wainwright III had some mixed feelings about his father, a columnist for LIFE magazine which he has summed up himself in a typically forthright and candid manner: “When they first were published in the magazine in the 1960s and 70s I mostly ignored them because having a famous father had been, by in large, kind of a drag. I was the son of the famous LIFE magazine writer Loudon Wainwright. Wasn’t that great? Wasn’t I proud? Those 2 questions always led to a third, which I invariably asked myself: How the hell was I going to top that?”. END_OF_DOCUMENT_TOKEN_TO_BE_REPLACED 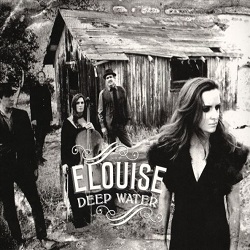 Well, here’s a thing we’ve been waiting for: another subdivision of the Americana genre, with Elouise Walker and her band declaring their sound to be Blackgrass. It’s distinctive from the already familiar Southern Gothic by (for the most part) eschewing the overtly “spooky” overtones and concentrating more on dissipation, disassociation and a generally downtrodden and bleak outlook on life – and then coupling that with reworked Bluegrass and Old Timey standards. Amazing Grace, to just take one such, swings back and forth like a drunken addict mumbling to herself in a cracked and wheezing vocal which carries little conviction of the reality of the salvation that’s being claimed. END_OF_DOCUMENT_TOKEN_TO_BE_REPLACED

This gig was the last of Mary Chapin Carpenter’s UK tour, and was also a first weekend highlight for the inaugural City Roots festival running across many venues in Cambridge as a week-long winter spin-off from the annual Cambridge Folk Festival. All the big gigs for this festival are at the centrally situated Corn Exchange which – unlike the Junction (the only other large venue in town) – is well set up for large seated audiences. END_OF_DOCUMENT_TOKEN_TO_BE_REPLACED 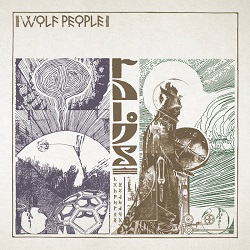 Wolf People hold a special place in the spectrum of what we called for a while “psychfolk”. Their albums, and Ruins is no different in this, have a strong folk edge – Jack Sharp’s vocals have a clear English voice that sounds like it’s destined for some future incarnation of Fairport Convention. Songs appear with Argus-era Wishbone Ash melodies. There’s some flute in the mix. And then the edgy-pastoral Wickermanesque songs which might be about treasure hunting using a Hand Of Glory take a mighty side swerve into a harder Witchfinder General territory as crunching guitars, pounding drums and deep booming bass reveal Wolf People as a band enamoured of that late sixties heavy rock sound. END_OF_DOCUMENT_TOKEN_TO_BE_REPLACED