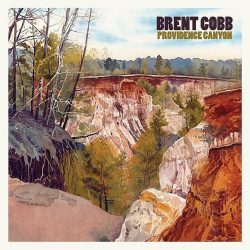 Touring his previous album, Brent Cobb rolled into Manchester to play the day after the Ariana Grande massacre. As effectively the next American up, his decision whether to play attracted a lot of attention Stateside, especially at Rolling Stone. He posted on Facebook “While we do not want to be insensitive to your tragedy, we also refuse to let terrorism win. Our hearts break for your loss and we will be there with you tonight to mourn and help heal.” He started warily, and the depleted crowd, many of whom had walked to the gig straight from the highly emotional vigil, were raw.

But it became a cathartic night for all present, with Cobb proving himself to be not just a real talent, but a top-drawer person. He posted after the gig “Manchester, we did it. Together”, which precisely captured the experience. That album went on to receive a Grammy nomination for Best Americana Album, and he returns now with more of the same, perhaps even better. Again delivered by producer du jour (and cousin) Dave Cobb at Nashville Studio A, the Cobbs give us an album it is very easy to listen to. Indeed the mastery of the production is the feel of never trying too hard. Brent Cobb is a narrator, and each of the songs tell a tale of his south, South Georgia to be precise, often with a swampsy drawl.

There are flavours of Tony Joe White and J.J. Cale in the styles here, which could be described as country funk? Constant touring with label mate Chris Stapleton has also had an influence on the slightly beefier tone. Songs talk of a rural small town good time – ‘Sucker For A Good Time’, ‘Mornin’s Gonna Come’ or guns – ‘King Of Alabama’, ‘.30-06’. Longing for/being home though is the main subject, with the lead track/album title/cover art ‘Providence Canyon’ leading off with gorgeous pedal steel, a true love letter to his favourite part of his beloved home state. This album has sun and summer written right through it, perfect for the breeze through the car window, and by the time autumn takes over, perhaps not just a Grammy nomination, but the award?