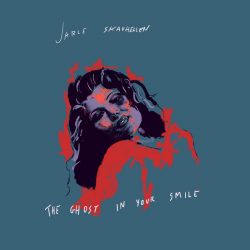 Scandinavian Alt Folk is a subgenre known only to a select few. However, Norwegian Jarle Skavhellen ably demonstrates that it warrants a far wider audience. This is a quirky, often dark collection of songs. Considering that it’s a debut album (albeit by an experienced musician) makes the record all the more intriguing. The opening, titular track is beautiful and disturbing in equal measure – if you poke my glass eye, I’ll be the ghost in your smile.

We can’t be exactly sure what it means (as is the case with many of these esoteric songs), but it sounds worrisome nonetheless. Skavhellen’s musical arrangements aren’t particularly ground-breaking – acoustic guitar and banjo with a smattering of drums and synth make up the soundscape. However his songs, married with skilful production, are fresh and sufficiently engaging to transcend those limitations. Part of The Scenery is an ostensibly jolly sounding song, banjo to the fore, though the words suggest a bleak finality to life and love. A Life That’s Gone closes the record in suitably a reflective, resigned manner: Skavhellen’s significant other is living in the past and he’s unable to do anything about it. The ten tracks, as a whole, showcase Skavhellen’s ever so slightly nasal voice well. His timbre is well suited to the record’s overarching feel of quiet, melodic despair.

An equally charming and disturbing serving of alt folk