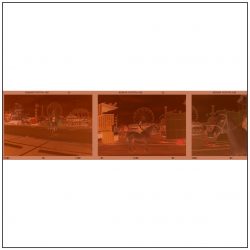 There’s barely a month goes by without the release of an album described as genre-breaking, eclectic or alt-whatever, and Carson McHone’s offering is the latest in line. Fans of 2015’s rootsy and traditional ‘Goodluck Man’ will be scrutinising this latest release for what’s changed, no doubt, so just how alt- can this self-declared new alt-country record get?

Not very is the shortest answer that can be truthfully mustered. The first thing fans will recognise is the four tracks that have been re-recorded. New instrumentation? New arrangements? Different vocal stylings? Not really to write home about, though the low-fi vocals of McHone’s first recording have been replaced with something a little more polished, though not ground-breakingly so. Produced by Mike McCarthey, who was responsible for much of Spoon’s work, it’s as well-recorded as one might expect, but no more.

There’s something heartening in the attempt to bring songs up to date if your artistic approach changes, but it doesn’t feel here like this level of  change would necessitate it. Not that these are badly rendered songs by any means; they just don’t feel like the alternative that they seem to think they are. There is enjoyment to be had from them for sure though, and vocally they sometimes veer on the excellent side.

The new tracks continue in the same vein with some stand-out moments of lyrical beauty and vocal fortitude and some that blend into the background of a sometimes beige album. The opening track is welcoming; its bouncing lilt belying the title ‘Sad,’ in one of the greatest music misnomers since one of the Spice Girls decided to describe herself as Posh, though the lyrics do conjure a basic country misère that will be familiar to fans of the genre. The lyrics sometimes feel a little short-changing elsewhere though, with the song ‘Drugs’ declaring that “I need drugs,” and then repeating it no less than five times in a manner that might make you think that you might indulge too, just to get to the next song.

There is a level of progress in Carson McHone’s work evident on the album, but she hasn’t moved as far away from tradition as the self-declarations that come along with this album would suggest. In time, perhaps more challenging material will grace our decks, but in the meantime, this is one – a good one – for those that like their alt-country a little lighter on the alt- side.