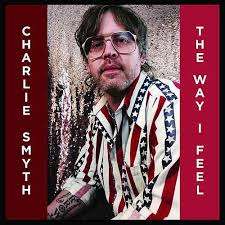 Charlie Smyth has come to Nashville where he now resides, having been a veteran of the 1990s Chicago and Seattle punk scenes of the 1990s – and perhaps he brings some of that sensibility to his songwriting in the occasionally inspired offering ‘The Way I Feel’. Opening with a Neil Diamond cover is a safe bet but one that perhaps leads the listener to an early conclusion that may not be entirely true. It is a joyous sound – all mariachi horns and big vocals  – a ‘Beautiful Noise’ indeed, but slightly out of kilter with the rest of the album.

‘Buddy’ really kicks it off with a more personal, idiosyncratic vibe – still ploughing a broad Americana furrow but more intimate and nuanced. Then the first real highlight, ‘Castle,’ is brief and wistful, with delightful harmonies and a real air of melancholy and over far too soon. In other words, exactly the right length. ‘Country Girl’ continues the vein of delicate and measured songwriting although this feels more traditional despite the characteristic lyrical imagery. If there is a criticism perhaps Smyth’s vocals could be a tad lower in the mix as they threaten to bludgeon this and other songs with its power. ‘Faithfully’ is yet another highlight, a lazy beat and wailing violin. A lament and a beautiful one at that.

If you like your steel guitars and the high lonesome sound this one is for you. In fact the whole album bears much repeating as it unfolds before you – each listen bringing more.

For lovers of the alt-country this one ticks all the boxes.