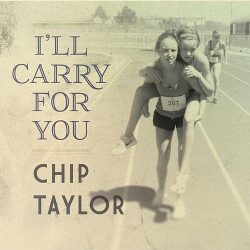 lor is a musician who has deservedly earned much respect over the years so it seems a litle churlish to offer criticism of such a revered artist. However, even though he has written many great songs and recorded many great albums, this is not one of them. The CD is really an EP featuring five songs with three instrumental themes and an alternative version of the title song.

Taylor’s obsession, apart from music, is golf and the songs are inspired by contemporary golfing sisters Brooke and Brittany Henderson. Dedicated to all who strive to achieve and face the emotional difficulties of reaching or not reaching their goals the whole sentiment underlying the project is laudible. Mostly it is an acoustic offering with Taylor being accompanied by the voices of his grandchildren and indeed many will find it charming, but it falls short in many ways of being a rounded and whole piece of work.

Songs of inspiration via sporting deeds