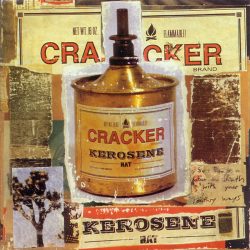 The early nineties was a weird time in America. It was weird socially. It was weird culturally. A lot of that weirdness was voiced in music and a lot of that music found an audience. Of course, weird is a relative term. Compared to the present moment, the early nineties seem like a Norman Rockwell painting titled “The Good Old Days”. But it’s worth remembering that in 1993 the U.S. was emerging from a 12-year run of conservatism defined by trickle-down economics, the war on drugs, and Cold War brinkmanship.

John Hughes’s movies just weren’t getting it done anymore. The music machine spitting out paper-tiger hair-metal heroes had started to seem plastic and poisonous. Michael Jackson and Madonna weren’t much help either.

The music that responded to that moment got noticed by the industry because it got noticed by audiences (I know, I know – Chicken/Egg). It also got painted with a broad brush as either “Grunge” or “Alternative”.

There were bands like Nirvana, Soundgarden, and Rage Against the Machine trying to breathe life back into aggressive music by ripping it away from mainstream metal and restoring the importance of poetry, passion, and politics. “Grunge” was the best that the industry could come up with to describe what was going on.

There were also a lot of bands that got labelled as “Alternative” just because they were writing songs that didn’t lean into the industry’s pop formulas. A lot of those bands were just doing what some bands have always done—making music that acknowledged the tradition of American songwriting. It just seemed novel at the time because mainstream music had strayed so far from that mindset.

In 1993, The Replacements had folded up their tent. Uncle Tupelo was imploding and Wilco and Son Volt were waiting to be born from those ashes. Rick Rubin was working with Johnny Cash and Nirvana was recording their ‘Unplugged’ sessions for MTV.

Bands like Blind Melon, Soul Asylum, and Cracker were enjoying the visibility that the “Alternative” label could deliver. At the same time, they were keeping the industry at arm’s-length and refusing to be pigeon-holed.

Those “Alternative” bands spoke to a conversation that was going on before they showed up. They chimed in with things that were worth saying and audiences acknowledged that by listening to what they had to say. They spoke from places of personal experience. They grew the conversation with insights from where they’d been, what they’d seen, and why it mattered.

It was into the middle of that weird summer in 1993—the first of the Clinton years, that Cracker released their second major-label studio album: ‘Kerosene Hat’. Their self-titled debut album had produced the MTV juggernaut ‘Teen Angst (What the World Needs Now)’ the previous year.

There’s a comfortable narrative we use to describe artists’ careers. It revolves around the idea of a forced choice between commercial success and staying true to yourself. Cracker’s second album is a solid example of a band refusing to accept either/or and betting on themselves. ‘Kerosene Hat’ went all-in on both/and—and won big.

It produced two successful singles for the band: ‘Low’ and ‘Get Off This’. But here at “AUK”, we know better than to buy into the idea that commercial success is the best measure of the music. There are a lot of ways to frame the question of what makes an album worthy of our readers’ consideration. ‘Kerosene Hat’ checks most – if not all – of those boxes.

The first thing that needs to be said about the album is that its commercial success didn’t demand a departure from what the band does well. The success shouldn’t detract from the album’s esteem when it’s measured by more important standards. ‘Low’ and ‘Get Off This’ are as important to the album as they were to the audiences listening in 1993. They aren’t concessions to the label; they’re pillars of the project.

The next thing that needs to be said about the album is that any two tracks from the project could have ended up doing the work that got foisted onto the successful singles. There are deep cuts on the album but there isn’t any filler. Every track on the album is a piece of a masterfully and maturely crafted album that was just right for that weird summer of 1993.

David Lowery and Johnny Hickman are the two constants in the Cracker line-up. Over the years they toured with whatever rhythm section they could get to hop the bus for a tour. It’s only recently that a full and permanent line-up seems to have stabilized. That’s a pretty good clue that the Lowery-Hickman connection is where the signature songwriting of the Cracker style and sound comes from.

That brings us to the next thing that needs to be said about ‘Kerosene Hat’. It’s an amazing album. It’s great from beginning to end. It’s as good as any album that the Lowery-Hickman songwriting duo has produced.

‘Kerosene Hat’ effectively established an identity for the band that they could stay true to for the next 27-years and counting.

Cracker deserves more credit than they get for being a consistent and stable pillar of the musical community that ends up in and around what we call “Americana”. That’s not to say that they’re an easy fit for hero-worship. At best, they’re a Frank Miller version of a hero.

Lowery and Hickman’s songwriting is most recognizable for a sort of gallows-humour approach to absurdism. It was perfect for that moment back in 1993 and it’s not bad for what ails us right now.