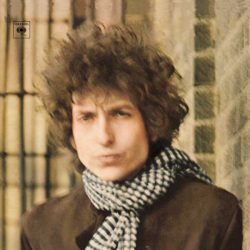 For those less initiated (are there any?) or less interested in Bob Dylan, a pertinent question might come up here – when did the connection between Dylan and Americana start? The answer is quite clear – from the beginning. Even as a young music enthusiast when he still responded to the name of Robert Zimmerman, Dylan was completely enamoured with what was then divided into very neat genres of folk, blues, roots, and country (& western). While he started out as a full-fledged musician/singer/songwriter and stuck strictly to the folk part of this equation, at the well-recorded horror of folk purists at the time he started incorporating elements of other musical genres into his music. Whether it was something that was influenced by his ever-expanding lyrical imagination or it was the other way around (or most probably both) makes no difference. Once he strapped on an electric guitar he never stopped or looked back. OK, sometimes he did, but it was with completely different eyes, ears, and voice.

But what about Dylan and Americana? Back in the Sixties practically nobody really spoke, considered, or tried to combine genres into something that currently bears that name. Practically nobody, except Dylan. And that is where one of his (and everybody else’s) masterpieces ‘Blonde on Blonde’ comes in.

No, it is not the fact that it was what quite a few critics considered the third part of his ‘electric’ trilogy, nor that it was one of the first double albums in modern music ( in some countries, Frank Zappa and his Mothers of Invention beat him to the punch with their ‘Freak Out’ album). It is the fact that on this 72-minute epic Dylan actually brought to the main music scene a combination of musical styles that was simply more than just what was named country rock, but moreover an intricate combination that now bears the name(s) of roots music and Americana.

Let’s mention a few facts here. Dylan began writing and demoing the songs that comprise ‘Blonde on Blonde’ at the time when he started rehearsing and playing live with a band that was then called The Hawks, later to become his staple (live) band – The Band. The cooperation came through Robbie Robertson, then Hawks guitarist instrumental on his previous two ‘electric’ albums (‘Bringing It All Back Home’ and ‘Highway 61 Revisited’), but it was also the moment when one of the musicians also instrumental for that electric Dylan sound, keyboardist Al Kooper, decided not to tour live with Dylan anymore. After‘Blonde on Blonde,’  ‘New Morning‘ was the last studio album on which Kooper was to appear.

The problem was that Dylan and The Hawks gelled so well on stage, but the studio sessions not so much. Of course, that seemed to change when they went into a basement. But Dylan was always a restless character, who kept on immersing practically anything he would hear and liked and shaping it into not just something personal, but also unique and – magical.

To try and revitalize the sessions, then Dylan producer Bob Johnston sent Dylan, Kooper, and Robertson to Nashville, where they were joined by stellar session musicians, harmonica player, guitarist, and bassist Charlie McCoy, guitarist Wayne Moss, guitarist, and bassist Joe South, and drummer Kenny Buttrey. Kooper represented the link with the electric sound, Robertson was shaping himself into the link between rock and roots music, and the seasoned session musicians turned out to be that salt and pepper that gave the album the character of a true combination of rock, roots, country, blues – and you can add a few more genres there easily.

What we get is a set of truly sublime songs, both musically and lyrically. Take, just three as an example. The opening ‘Rainy Day Women No. 12 & 35’ was probably a shock not only to his old folk fans but his relatively newly acquired rock fans. It plays out like a drunken Mardi Gras band walking down the streets of New Orleans at five in the morning (with a piano being pulled on one of the carts), but still being able to keep their composure, while Dylan, in a manner, that only he has, combines and weaves drug and Biblical metaphors into a unified whole.

Or, consider ‘I Want You.’ The session musicians, driven by Wayne Moss’ (later of Area Code 615 and Barefoot Jerry) guitar picking set into a slightly mutated bluegrass groove with Dylan crams in a list of at least seven characters into song’s three minutes.

And then there’s the concluding 11 minutes or so epic ‘Sad Eyed Lady of The Lowlands’. With its cyclical melody, that gains in intensity, Dylan spins an Appalachian -style fairy tale about a mystical woman, whoever she was. And it certainly does sound like Appalachia, but with a timeless quality – there’s no chance any listener can clearly say when this song or any on this album were recorded – in 1966, any decade that followed, or yesterday. A true classic in every sense of that word.