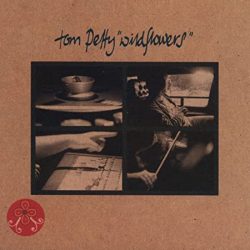 Tom Petty’s first studio album for his new label Warner Brothers found him escaping the uber-producer Jeff Lynne whose hand had influenced every musical decision on his previous 3 outings; twice as a Heartbreaker and once as a Wilbury. He needed a fresh start and by God did he get it with Rick Rubin. Stripped down to a hyper-real production sound, Petty was given full licence to write and record what he wanted, when he wanted, with whom he wanted. The album eventually was scheduled to be a double given the amount of material available but record company pressure ensured that half the tracks were shelved – until this year!

This however is a review of a classic Americana album and the original ‘Wildflowers’ was, for many, a gateway to a hinterland of guitars, dusty roads and joyous melancholy. From the first note, Rubin’s production tells you everything is going to be alright; the title track, a beautiful acoustic guitar and Petty’s up-close vocals draw the listener in – into this world of American imagery and beauty. ‘You Don’t Know How It Feels‘ has a swagger and a snap despite its twelve bar roots, while ‘It’s Time To Move On‘ is a statement of intent concerning Tom’s change of direction and mood, and the uncertainty that that presents speaks over a wistful but forceful beat. ‘You Wreck Me‘ is a hark back to those Heartbreaker’s days in London at the end of the seventies, a smart streetwise rocker, knowing and turbocharged by a brilliant Mike Campbell solo before the breakdown. It’s a close relation of ‘American Girl‘ and Petty knows it. And then a stone-cold classic, ‘It’s Good to be King‘ – sung with a weary insouciance by Petty and led by a gorgeous Bentmont Tench piano motif, this mid-paced rocker unfolds at a majestic pace and as it builds towards the end a glorious piece of strings production creates a mood reminiscent of Young’s ‘Expecting to Fly‘ for the briefest of moments. Exceptional. ‘Only A Broken Heart‘  is a sweet and gentle Petty ballad which unspools into a fade with a gorgeous mid paced country guitar and flute. ‘Honey Bee‘ is a Zeppelin rocker complete with Bonzo drums and ‘Don’t Fade On Me‘ feels as if he’d been listening to both Zeppelin and Dylan at the same time (1973)!

And so it goes on exquisite song after song. Anyone listening for the first time will find the roots of most American AOR of the last 25 years as well as the blueprints for hundreds of lesser-known ‘Americana’ acts. Each of the fifteen songs could be considered the work of any individual artist at the top of their game, the fact that they all appear on one album by one artist is extraordinary. The album closes with possibly Petty’s greatest unheralded song ‘Wake Up Time‘ – a sumptuous piano-led ballad, filled with a velveteen orchestration, about self-awareness and coming to terms with both expectations and failures. A realisation that destiny is individual and not predestined.

Petty was seer, a fighter for justice and ultimately a poet musician who worked hard every day of his too-short life to bring his music to everyone who wanted to hear it. ‘Wildflowers‘ was the album released in his lifetime that said all of these things and more.