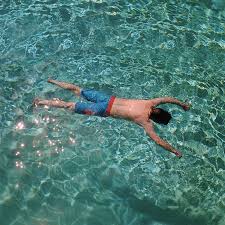 The lengthy follow up to last year’s acid confessional ‘Ruminations’ is an expanded version of that self-same album but with added band, tracks and dareonesayit self-acceptance. The bitter starkness has been replaced and perhaps displaced by an album that gladdens the heart and stimulates the brain. Lyrically Oberst has always been able to skewer his own inadequacies in the face of his life and lifestyle but this reworking has prompted some re-examinations and perhaps relaxations. Evidently working with the Felice Brothers (amongst others) has given Oberst a clear sense of purpose and instrumentation. This is as close to the template for ‘Americana’ you are ever going to get. Harmonica, melancholy melodies, storming choruses, image packed lyrics, guitars and drums, raucous backing vocals, beautiful guitar flourishes, a distinct lack of synths or troubling production, a genuinely timeless feel (although at push it could be 1971!) etc.

A series of musical high points couch Oberst’s lyricism in a way comparable both sonically and their intent to Dylan and the Band. Particularly the track ‘Napalm‘ which rattles on through with some inspired fiddle and guitar all bedded on the crashing organ of James Felice. Other highpoints include the gorgeous ‘Barbary Coast (Later)’ which opens with the most beautiful guitar and strings conversation before the the loaded vocal travelogue starts to tell the tale. As the track progresses Wurlitzer, guitar and harmonica combine to lift the aching melody to a wonderful and moving conclusion. This is proper music, designed to move the listener, to tell a point of view with an emotional depth. There are elements of Jonathan Wilson’s ‘Moses Pain’ here as well as Neil Young’s  ‘Ambulance Blues’ in the way the strings counterpoint the emotion. A brilliant highlight to an album full of them.

Jim Keltner’s production is flawless, each instrument clearly and expertly positioned in the mix. The Felice Brothers’ playing is inspired the accordion of James a constant motif and Ian’s guitar an oft-used punctuation- brittle and sharp. On a couple of tracks ‘Anytime Soon’ and the title ‘Salutations’ Jonathan Wilson appears and co-writes. His guitar is instantly recognisable on the former and the melody line of the latter could be on ‘Fanfare’ one of the great Americana albums of recent years.

This is a West Coast album and I don’t mean Fleetwood, there are even credits to luminaries such as Henry Diltz, scion and chronicler of the Laurel Canyon scene. Oberst may be aiming for the mainstream with this album, and what the hell is wrong with that when the result is this damn good.