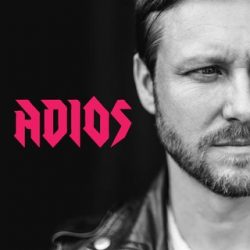 Branan is the type of songwriter who doesn’t like to repeat himself – no meticulous honing of a style. No, Branan likes to write a song and move on. The style will be suggested by the song. Genre is an elastic spectrum; it is invisible and ignored. Another Nightmare in America is in the tradition of It’s the End of the World as We Know It (or We Didn’t Start the Fire), a rollicking evisceration of contemporary society. Then there’s Cold Blue Moonlight, a bluesy slow-burner more akin to Spain (the band). It makes for a thrilling journey. Blacksburg sounds like Joe Henry in country rock mode (with the Jayhawks on hand) whilst Visiting Hours is a kind of new wave gallop.

I have a soft spot for the cross-generational Don’t Go that tugs at my heartstrings but I Only Know makes me want to get out of my chair. That itch to move and to keep moving doesn’t distract – the songs are strong enough. They’re not all great but it doesn’t matter, there’s enough energy and invention to keep things fresh and there’s no chance of sliding into ennui. He uses brass sparingly. On Chameleon Moon it adds shading to the tail end of the chorus and on Imogene is adds a soulful simmer to big-hearted love song. Equinox dials back, showcasing Branan’s workmanlike voice finding the right way through another song.

It’s his personality shining through that carries these songs, that and his restlessness, which takes us from the Elvis Costello stylings of Yeah So What to the barroom barrelling of My Father Was An Accordion Player.