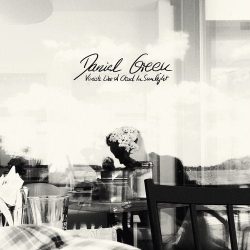 It takes a brave artist to make an album with the main focus on death, particularly where family and close friends are concerned. Daniel Green’s 3rd solo effort does just that; as the marketing material states this record is all about “fear, loss and dying”. Which isn’t strictly true, there are songs about dementia and the city of Hamburg, so that’s OK. But largely it is about the hard topics of death and loss. In 2017, Green lost a greatly loved member of his family to cancer, followed by the loss of his grandmother and a close colleague, and these songs are his way of managing the consequent feelings of helplessness and trying to cope.

The protagonist in ‘Bitch to Blame’ is of course cancer and Green is really quite upset with this particular bitch. ‘True Safe Haven’ reflects on how dementia can take so much from anyone, even those who once were “a bastion of calm, a true safe haven”. And the idea of meeting up after death is touched on in ‘Your World Shall Be Forever Young’, a topic which just about covers  all aspects of the journey from life on the album.

Given the running theme throughout, this isn’t exactly a depressing album, although cancer and death and dementia are definitely hard topics, and clearly there is anger at how awful losing family to the disease can be. But it is just neither melancholic enough to be tearfully sad, nor rejoicing in life enough to be tearfully happy. Just kinda somewhere in the middle.

Songs of confronting death and coping with farewells