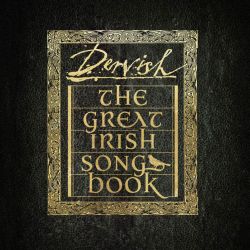 One has to be grateful that Irish folk veterans Dervish have not gone down the Rod Stewart route with this collection of thirteen classic folk songs, choosing instead to rope in an impressive list of guests instead. The twin pitfalls of recording such an album though are over-familiarity (if we’re going to get the umpteenth version of ‘The Parting Glass’ then it better be good) and potentially seriously uneven quality and sadly this album falls foul of both.

There are of course some fine moments – there have to be with guests of the calibre that they’ve assembled. Kate Ruby’s ‘Down By the Sally Gardens’ is beautifully understated, Vince Gill brings his peerless voice to ‘On Raglan Road’ in a way that renders it near-hymnal while Rhiannon Giddens outshines everyone with ‘The May Morning Dew’. But more typical is a so-so ‘Whiskey in the Jar’ with The SteelDrivers, Steve Earle’s dreadfully plodding version of ‘The Galway Shawl’, Andrea Corr’s overly respectful version of ‘She Moved Through the Fair’ and a take on ‘The Parting Glass’ with Abigail Washburn on vocals that’s just plain dull.

There’s much fine musicianship on display here and the songs of course are classics. But it only rarely catches fire, there’s no version here that even approaches definitive and it all feels a bit too worthy and watered-down. It’ll probably sell by the bucket-load.