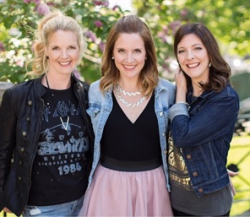 The Ennis Sisters and Dave Gunning have announced UK dates through February including shows in York, Birmingham, Bury and London’s King’s Place on March 2nd (full dates below).  The Ennis Sisters have returned to their roots on latest album “Stages”, singing contemporary folk songs with a traditional Irish Newfoundland twist. Dave Gunning on the other hand has a recording career now approaching a full two decades in length, and his music industry awards tally now stands at eight East Coast Music Awards and two Canadian Folk Music Awards, plus a 2012 Juno Award nomination in the Roots & Traditional Solo Album of the Year category. A bit greedy.