The Hacienda Brothers were heading for commercial success having built  a growing live following and being nominated as Band Of The Year in the 2007 Americana Music Awards when their front man and co-founder Chris Gaffney died of liver disease on April 17th 2008 bringing to an abrupt end one of the great lost bands of Americana. Chris Gaffney formed the Hacienda Brothers with Dave Gonzalez, founder and hot shot guitarist of roots rockabilly band The Paladins,  in 2002 to develop his vision of mixing the twang, honky-tonk and Bakersfield sound of George Jones and Merle Haggard with that of ‘60s soul and the tex-mex sounds of America’s south west.

Chris Gaffney was a native of the American south west who developed his musical career in Southern California as a singer songwriter playing various genres of American music both as a solo artist and as a touring member of Dave Alvin’s Guilty Men and playing sessions for Lucinda Williams, Bill Kirchen and Tom Russell among others. In his obituary the LA Times described Gaffney as “a peer of Dave Alvin, Los Lobos, X and the Red Hot Chili Peppers in chronicling the life of Southern California”. Dave Gonzalez was also a member of the Southern California music scene with his band The Paladins and was included by Guitar Player magazine in its list of “101 Forgotten Greats And Unsung Heroes”. 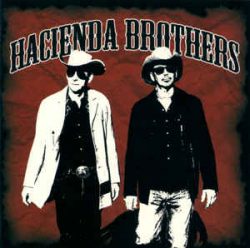 made their way to legendary Muscle Shoals and Memphis producer and songwriter Dan Penn who headed west from his home in Nashville in his Lincoln Town Car to produce their self-titled debut album and coined the phrase Western Soul to describe the new music. For the album Dave Gonzalez turned up the twang in his guitar and with steel guitar high in the mix there was a clear country influence to balance the soulful sound of Chris Gaffney’s vocals. The album is a mix of predominantly Dave Gonzalez originals with covers including Waylon Jennings’ version of Mel Tillis’s Mental Revenge. The album highlight is I’m So Proud a Gaffney Gonzalez co-write that is the essence of the marriage of country and soul. The album closes with an instrumental, Saquaro , that is an aural representation of the south western landscape. Guests on the album include Jim Lauderdale, Spooner Oldham and the Memphis Horns.

Dan Penn was again in Tucson to record the follow up ‘What’s Wrong With Right’ which shows an evolution in the sound. While Dave Gonzalez’s string bending is more controlled with more of David Berzansky’s steel to the fore

the album includes covers of Dan Penn’s songs Cry Like A Baby first recorded by the Box Tops and You Tear Me Up originally recorded by Percy Sledge to push the soul content. The cover of Gamble and Huffs Cowboys To Girls, originally recorded by the Intruders, became a fan favourite. Chris Gaffney’s vocals are excellent throughout the album with Charlie Rich’s Life’s Little Ups And Downs being a particular highpoint. The self-penned tracks hold their own amongst such illustrious company particularly Chris Gaffney’s If Daddy Don’t Sing Danny Boy.

When Chris Gaffney died in April 2008 the band had already completed the recording of their third album ‘Arizona Motel’. This time the album was recorded in Tucson with the band self-producing and at Dan Penn’s Nashville Dandy Studios with Penn producing five of the tracks . The album is a fitting 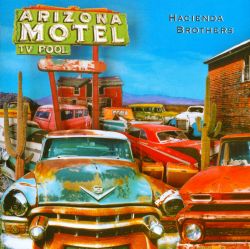 monument to Gaffney as it includes some of the best performances of his whole career and the band called it a day with Gaffney’s death. While the album again contains a number of covers, it is the bands self-written songs and co-writes that are the highlights. Uncle Sam’s Jail is a mournful soldier’s tail featuring Chris Gaffney’s soulful vocal and accordion inter-playing with the steel guitar. Gaffney wrote Soul Mountain which is an old-style gospel rave-up. Dave Gonzalez takes a rare lead vocal on his own Long Way To Town. However it is the album closer Break Free, a Dan Penn Dave Gonzalez co-write, that is the most poignant song on the album as it features Gaffney’s accordion playing and his most heartfelt optimistic vocals, giving fitting closure to another great album and a long career.

The band issued a limited release live album ‘Music For Ranch And Town’ that was only available at their shows which clearly showed that they were a superb live band able to raise the ante on musical virtuosity. Dave Alvin produced ‘The Man Of Somebody’s Dreams‘ a Chris Gaffney tribute album featuring Joe Ely, Dan Penn, Peter Case, Calexico, Jim Lauderdale and Robbie Fulks among others in 2009. In 2019 the band issued a fitting coda ‘Western Soul’ which features their first demos that convinced Dan Penn to produce the band plus alternative mixes and unreleased studio tracks. If you havent heard the Hacienda Brothers and you have any interest in Americana then do yourself a favour and given their music a listen. You won’t be disappointed.