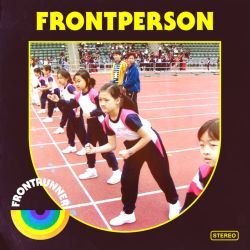 Kathryn Calder, singer and keyboard player with The New Pornographers and Woodpigeon’s Mark Andrew Hamilton form this new duo whose debut album is a frequently beguiling mix of dreamy atmospherics with poppy vocals from Calder and boasts a generally mellow vibe layered with strings and rich harmonies.

Opener ‘U.O.I’ is a mournful piece that across almost five minutes steadily builds to a big sonic climax as more layers are added before stopping slightly abruptly with only a few loose end notes signifying things are over. The following ‘Long Night’, with Calder on lead vocals and Hamilton’s supporting voice barely heard, boasts a gorgeous cascading melody and is as more-ish as anything else on the album. Things get rockier and a little faster on ‘Tick-Tock (Frontrunner)’ but still stay on the tasteful side of the street and while every song here has a memorable hook the lyrics can easily get lost both while listening and in memory. But with the delicate loveliness of something like ‘Shorter Days’, with its frequently repeated refrain ‘snowflakes melt’ and haiku-like words, it’s difficult to complain, although following it with the loudest track, ‘The City Is Mine’ makes for a somewhat jarring listening experience.

‘Frontrunner’ is an immersive and frequently delightful listening experience, with sounds to luxuriate in. It isn’t for grit lovers but it doesn’t set out to be and on it’s won terms it succeeds admirably.