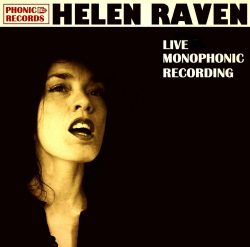 What is clear is that Raven is an artist following her passion and doing so with conviction. The EP was recorded on homespun monophonic recording equipment but still sounds entirely professional. However, with only four songs on show and a couple of those only two minutes in length or under, this is a minimal piece of work which hints at what might be rather than what is.