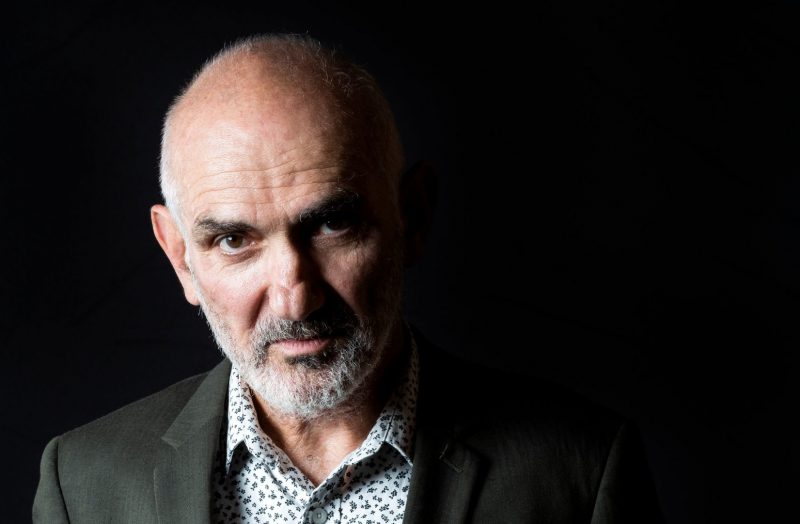 Paul Kelly is an Australian institution and one whose reputation is still building within the americana community thanks to his way with a good old fashioned song – it’s not for nothing that he’s been described as the poet laureate of Australian music. For his latest endeavour, he’s joined forces with pianist and composer Paul Grabowsky for a new album ‘Please Leave Your Light On’ which includes new interpretations of some of his best-known songs, with some left-field twists and turns along the way. Mark Whitfield caught up with him about the new record, his take on the concept of genres, and how along with the rest of us he’s stayed sane over past few months.

How has the last few months been for you in the new world we’re living in?
I live in Melbourne, Victoria, and we’re just into our second lockdown now. The first lockdown was about 40 days from late March, like the rest of Australia, and then we were starting to come out of that, easing restrictions and so on. But then the numbers got away from us and they’ve locked us back down. It’s pretty dispiriting. Everyone is feeling a bit flat about it; I’m OK because as well as being a singer, I’m a writer, and a writer’s best friend is solitude.

Do you think the pandemic will permanently change the way the music industry operates? Do you think there are any positives that might come out of the way the world has changed?
It’s hard to predict the future because the future never turns out the way you think it might. The music business has always changed pretty rapidly, especially in the last 10-20 years. Big changes. COVID is obviously going to have an effect too; I just couldn’t tell you what that is. There will be more innovations and more ways to play music live – that’s really the lifeblood of what we do; getting people together to share a common experience. Obviously, there will be new ways to do that as well. If there is a silver lining in all this, I think it’s the awareness that we are all incredibly interconnected. Not just humans with humans, but humans are interconnected with the whole natural world. I think if there’s more understanding that we are not the centre of the earth, we’re going to be better off. The earth won’t keep coming back to bite us.

Moving on to your new album ‘Please Leave Your Light On?’, which is a collaboration with Paul Grabowsky – he’s not a familiar name to UK audiences – tell me a bit about how you met? How did the idea come about for the record?
Paul Grabowsky and I first met over 30 years ago when he was the musical director of a TV show and I came on to do a song. We’ve crossed paths over the years since and collaborated on a few occasions. He’s known as a jazz musician, he’s also classically trained, but he’s always one to stretch his boundaries. He’s been involved in a number of collaborations that you wouldn’t necessarily call jazz. He’s very curious, inventive and fertile.

The idea for the record came about when Paul was doing a series of concerts with various singers in a small intimate venue called UKARIA in the Adelaide hills. He asked me to partake in that and we did a couple of nights in that venue which seats about 230 people. We selected a set of songs that we thought would suit piano and voice for an intimate setting and after the show we’d decided it would be worthwhile making a record. The songs for the record were mainly chosen from that live show. We went into a studio last August over 3 days and recorded the songs. 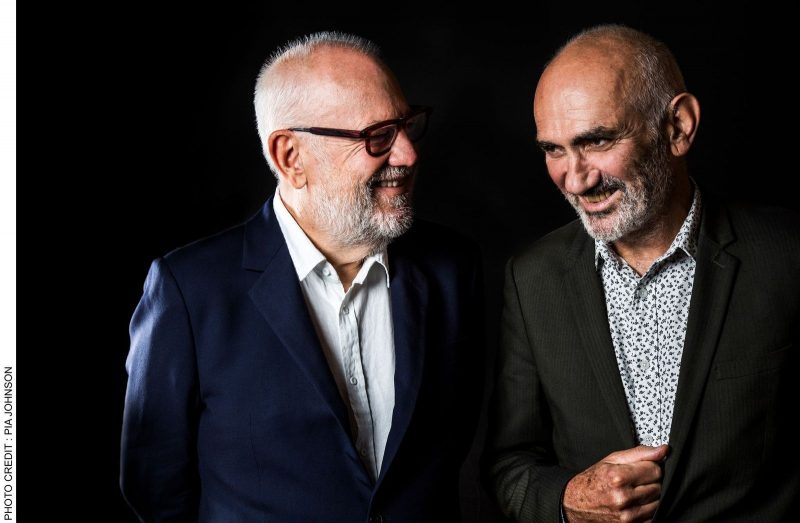 The album clearly has its influences from the jazz of the 40s/early 50s era – were there artists from around that time who had an impact on you?
There are two Frank Sinatra records that were touchstones for us making this record. That’s ‘In The Wee Small Hours’ and ‘Only The Lonely’ that he made with Capitol in the 50’s with the great arranger Nelson Riddle. Of course, those records are very different to ours. One, I’m not Frank Sinatra – nor did we have full orchestration – it is just piano and voice. But we felt we were in the same emotional terrain. The songs create an intimate, turn your lamp down low, kind of record – songs of regret, heartache, undying love – that was in our minds as we made the record.

‘True to You’ is the only brand new song on the record and it has the feel of a timeless standard already with its imagery of these landmarks which have been around forever (well a long time anyway). Can you tell us a bit more about it?
I took most of the year 2014 off and decided to get piano lessons. I was very limited as a musician and was getting bored with using the same old chords, so I worked with a jazz pianist called Adam Rudegeair, who came over to the house and helped me with some theory and different voicings, new chords and new inversions. One day, he gave me three chords and said as a joke, ‘why don’t you try and write a song around that?’ So I did. That became ‘True To You’. It’s a big nod to the Gershwin Brothers in the first verse, particularly, Ira, in the first verse.

I think some of the songs such as ‘Winter Coat’ feel like they were almost destined for this new record, from all those years back. Was it difficult honing down the list of which tracks to record for the record? Are there any other songs in your back catalogue that you feel would have fitted into the album?
‘Winter Coat’ was the first song on the list for this record; the reason being it was the first song I did with Paul on that TV show where we met 30 years ago. It was a live TV show and Paul had written a beautiful string arrangement for it. We ran through the song in the afternoon at the soundcheck and it all sounded great. When we performed it live on national TV, one of the string players came in a bar early and never changed or realised he was out of sync. So, there I was on live TV trying to sing and pretend nothing was going wrong. I kept thinking he was going to change and realise but he never did. So we played on. Funnily enough it didn’t sound too bad – it just had this strange dissonance.

Paul and I often laughed about that and thought it was metaphoric for the work we do together. Paul always takes my songs and puts a little bit more dissonance in them than what I start with. We’d chosen quite a few songs for the live show I mentioned. It was an hour and a half show so we had more songs on the list than what’s ended up on the record. We recorded 16 songs and chose 12. There are definitely other songs in mind that would suit this kind of collaboration with Paul. We’ve got 3 or 4 up our sleeves already – I’m sure if I went back through all my songs, I’d find other as well.

‘You Can Put Your Shoes Under My Bed’ now has several recorded versions of the song, you seem to keep coming back to it. Does it have a special resonance for you as a song?
I don’t know why I’ve done a few versions of ‘You Can Put Your Shoes Under My Bed’ – it’s just an old song I think. When I first recorded it, it was very minimal and then later I recorded it with my band. Later on, it was recorded live & then when I did some shows with Neil Finn in 2013, he chose it as his song of mine to sing. In that show, we each took the lead on one of each other’s songs and he chose that one. I guess I keep coming back to it because for me, it’s a bit of a clunky song. It’s also pretty slow – I wrote it on a piano so it was definitely in contention for this record. When I play it on piano it’s very clunky, so I thought it’d be good to give it to another piano player to have another bite at it.

You’ve recorded albums in the past which have reinterpreted some of your songs via a particular genre – I’m thinking back to ‘Smoke’ recorded with Uncle Bill which I still just love as a collection of songs. Are there any other genres you think you’d like to tackle at some point?
I don’t really think in terms of genres. I listen to all kinds of music and I’m pretty wide-ranging in my tastes. I hope that in some ways all the things I listen to come out in my music, just through my sensibility and the way I sing. The exception to that is the two bluegrass records I’ve done. Bluegrass is actually a very strict idiom – there are very strict rules. So we pretty much followed the rules on those two records; there are no drums, you had the line-up of banjo, mandolin, fiddle guitar – you leaned in and out of the mic. That’s the old-style bluegrass. ‘Please Leave Your Light On’, just by the nature of it being just piano and vocal, and Paul playing piano I guess you could call it jazz. But I don’t really see the record like that, I’m not a jazz singer by any means. It’s just the fact the two of us are playing gives it a certain flavour, but I wasn’t really thinking strictly in terms of genre for this record.

1 thought on “Interview – Paul Kelly: “We are all incredibly interconnected””