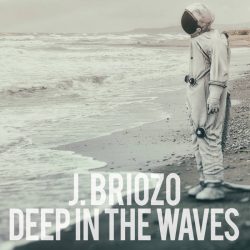 J.Briozo is in fact Jeff Crandall, the lead singer of Swallows, who found himself writing a parallel set of songs as Swallows recorded their third album. He invited his band mates along to fill in the framework of the songs and J. Briozo was/were born. The stylistic diversity of the record is probably a result of him trying to do things differently from Swallows. The sounds are more eclectic and less roots based, the standout Beautiful Mess sounding so much like an Elliott Smith song that I had to check it wasn’t, but in fairness to Crandall he does start by mentioning Miss Misery so the resemblance is not coincidental.

There are also a few nods to the Beatles – Sun Sun True is two minutes of almost power pop that stutters and bursts into life with splashes of brass, and Spinning Out uses the bright chords and harmonies, splashing cymbals and guitars which bristle with menace. The title track is a slow-burner constructed from a simmering of drums cymbals and strings; it’s a noble song, vulnerable and defiant. Rain Song mixes acoustic guitar and cello (yes, in a Nick Drake way) while the big song The Big Parade goes a different way, adding brass and strings to a big bold palette. It’s a song that calls for attention, with its call and response and stop start and sparkling guitar break.

Catalonia is a little too dense and suffers, pushing keyboards into the mix making it a little ponderous – the song collapses under its own weight. Las Cruces has the open feel of a Walkabouts song with a little Radar Brothers thrown in. Camera Obscura isn’t a million miles away either, it has that blasted desert sound. Santa Cruz is more experimental. Beginning with an industrial drone, staccato strings, and repeating acoustic guitar patterns, it builds differently, the strings buzzing like a fly bumping against a warm light bulb, building tension; the great thing about it is that it is never resolved, it cuts through right to the end of the song. This is the sound of Crandall trying to find a new voice and as such it is patchy but there are plenty of moments that make the experiment worthwhile.