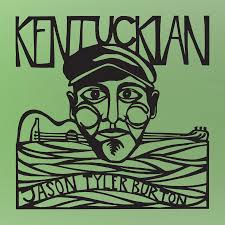 Kentuckian is a straight down the middle Americana roots album full of all the delights of the genre. Some stirring playing, acoustic rhythms and rhymes, some keening harmonies, strong blue-collar songwriting all topped off by Tyler Burton’s authentic voice. Starting with the upbeat ‘High Road to Harlan’ the bar is set pretty high as Burton Tyler lays his Ray LaMontagnelike burr over guitar and fiddle with subtle percussion to tell the tale of his 84-year-old father and himself and how the world they share has changed almost beyond recognition to the previous generation.  There is a seam, like the coal of which he sings, that runs through this album. It is one of melancholy and regret, of change and of tradition and of love. A yearning for a place that is both physical and also spiritual. This is Burton Tyler’s pean to his home – the place where he was formed.

The styles employed to tell this story are many but uniform in their authenticity and repeated listens only reassures that this is the antithesis of the Nashville hit machine. These are country songs played with charm and strength. There is John Prine in ‘A New Colossus’, Jason Isbell in South Eastern mode in ‘Kentucky’ with its autobiographical honesty and its fiddle backing.

Much to enjoy here.