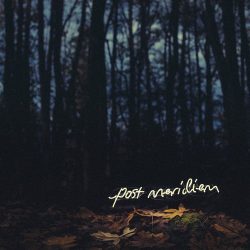 ‘Post Meridiem’ is the third full length release from Canadian-based Jasper Sloan Yip and finds the singer-songwriter expand on and further refine the sound he found on his two previous releases ‘Every Day And All At Once’ and the follow-up, 2013’s ‘Foxtrot’. The record begins with a slow, brooding cello intro which gradually builds into the first real track The Day Passed and the Sun Went Down which successfully explores, and experiments with, different dynamics throughout the track and is an early indication of what is to follow. Journeying through quiet verses and a more upbeat, louder chorus eventually climaxing in a brilliant guitar solo, the track is an early highlight on a solid record. Immediately following, is Strangers, an ethereal, piano-led ballad, again, utilising the versatility in his voice to create an impressive falsetto chorus and it is clear that Yip’s talents are most prominent within the realms of these mid-tempo ballads.

Throughout the record, it is evident that the majority of the lyrical content comes from first-hand experience and the songs are brilliantly personal and potentially the most blatantly so on Put Up Your Hair which is reminiscent of Ed Sheeran’s more recent work and is the first song on the record to be predominantly acoustic in its nature and is the closest thing to mainstream pop music on the record which certainly isn’t a bad thing as the song is certainly a highlight on the album, if not, its highest point with great crossover potential.

The production on the record is clear and crisp and bring to the forefront Jasper Sloan Yip’s greatest instrument which is his voice. Ranging from the sweet falsetto chorus in Strangers, the hushed, close-to-whisper on Put Up Your Hair to the straight up singing on upbeat power-pop track In The Living Room, Yip has a phenomenal range and it is no surprise that this was highlighted and celebrated throughout the recording process.

For the majority of the second half of the nine track album, the songs lean back towards the aforementioned mid-tempo ballads where the young troubadour is at his strongest and the introspection in the lyrics is clear alongside some very vivid imagery in Tinfoil Hats, the second track to favour acoustic guitar over piano and another album highlight. The final track on the record Who Are You?, is a tender, soft and almost heartbreaking ballad, again utilising the range in Yip’s voice and showcasing his finest vocal performance on the record which is sung with such beauty and control it’s hard not to be impressed.

Overall, ‘Post Meridiem’ is an accomplished, realised, coherent and most importantly, consistent piece of work and although, it doesn’t break the mould in terms of songwriting and genre, what matters is that the songs are well structured, the arrangements are varied throughout so as not to feel repetitive or sluggish and are performed with an eloquence reminiscent of someone with many more years of experience under their belt.