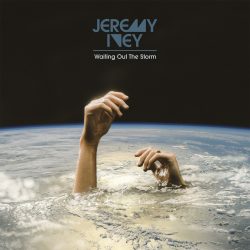 Opening with the Beatlesy ‘Tomorrow People’ Jeremy Ivey’s latest album is full of classic rock traits as he documents the various ills of modern America. All the gangs’ here, wailing Hammond, catchy harmonies, driving backbeats, guitar solos et al. all centre around Ivey’s spoken/ sung vocals which sit front and centre of every track. There is more than a passing resemblance to Steve Wynn is his cold and precise delivery – the eye of the musical storm around him.

The band hit their stride properly on ‘Paradise Alley’ which rocks as the narrative unfolds a la The Dream Syndicate to carry the comparison to its natural conclusion. This is a well-drilled bunch of musicians well-drilled and produced with a clarity by Ivey’s partner Margo Price. ‘Movies’ is a change of pace, a dusty, tired lament with a Pettyesque lope and a bluesy vibe. It’s no surprise when the harmonica wails.’Hands in your Pockets’ is a hopped-up hoe down with banjos, chiming guitars, barrelhouse piano and fuzzed vocals with Ivey raging against the world.

The album is infused with an energy that is infectious and repeated plays draw the listener into Ivey’s musical world which is a hybrid of classic rock, indie and traditional Americana mores. It does however lack a killer track – ‘White Shadow’ comes close with its intense shuffle, the call to arms ‘Someone Else’s Problems’ has a mysterious and beguiling air and a simmering anger but still… It’s classy but just missing something.