“I’ve been trying this positive self-help bullshit, but it isn’t working. I know what I am.” John Murry is in darkly laconic mood tonight. But that’s not particularly unexpected – and while it’s perhaps unfair to accuse his audience of ghoulish satisfaction at the darkness he’s experienced first hand – it’s still the case that it’s Murry’s appetite for self-destruction that’s part of the draw.

Wrong-footing audience expectations with a wry opening cover of ‘Tracks of My Tears’ by Smokey Robinson, the song neatly segues into the light reggae lilt of ‘One Day (You’ll Die)’ from latest album ‘A Short History of Decay.’ The new record gets an extended airing tonight, with ‘When God Walks In’ and ‘Silver and Lead’ featuring. At times the opening third of the set feels a bit inchoate, if nicely loose-limbed, but as the one and three quarter hour performance wears on, it ratchets up in intensity with Murry’s fluid guitar playing reaching Neil Young-like standards and perfectly complemented by his backing band. By the time ‘Under A Darker Moon’ is lowering with its chugging guitar riff, the band are really motoring and it’s all downhill from here, while reaching ever increasing peaks in terms of quality: ‘Wrong Man’ (“I’m the wrong man to ride shotgun on your murder mile”), ‘California’ (the disdain he feels for the state is palpable), the doo doo doo doohs of ‘The Ballad of The Pajama Kid’ (Murry’s wonderful baritone voice the gift that keeps on giving), and the imperfectly perfect fuzzed-out guitar and soaring vocal chorus of ‘Southern Sky.’ 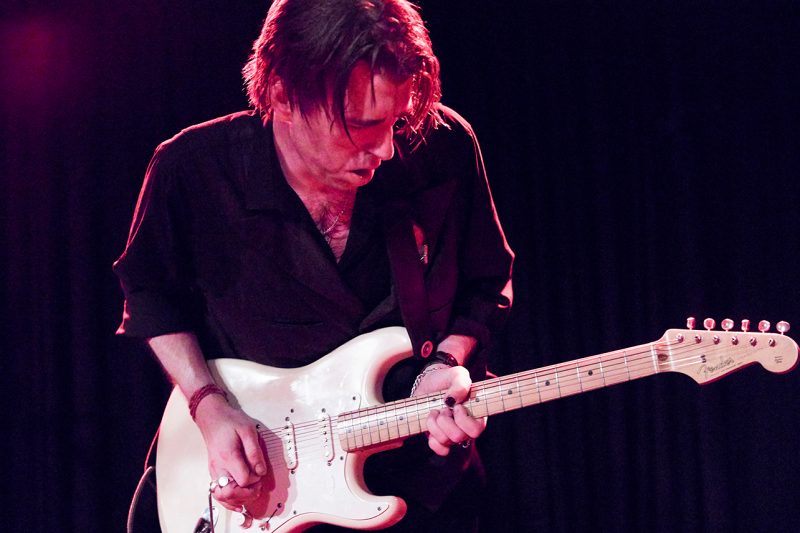 The centrepiece of tonight’s performance and the standout track from 2012’s ‘The Graceless Age’ is inevitably Murry’s rendition of ‘Little Colored Balloons,’ the story of his near fatal heroin overdose in San Francisco, reaching a truly electrifying and moving climax. But it’s almost trumped by a fantastic cover of Townes Van Zandt’s ‘Waiting Around To Die,’ sounding nothing like the original, but none the worse for that. 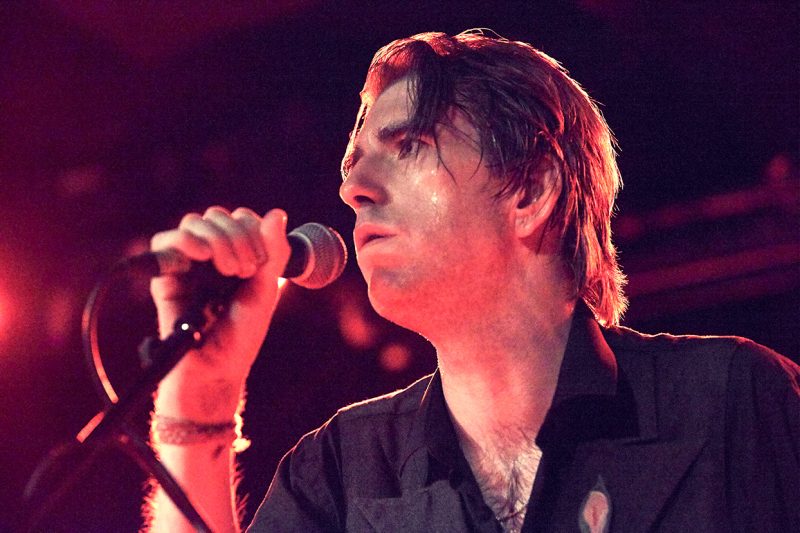 Standing alongside some audience members who had 14 John Murry gigs under their belts – and with a supposedly guaranteed promise of a memorable night in prospect – any risk that Murry wouldn’t ascend previous standards were swiftly assuaged. He captivated the 150 people packed into the Lexington, with a set that was bleak in its personal honesty but also darkly compelling and moving in its vulnerability. It was an evening that will live long in the memory. An artist who simply must be seen live to be fully appreciated. 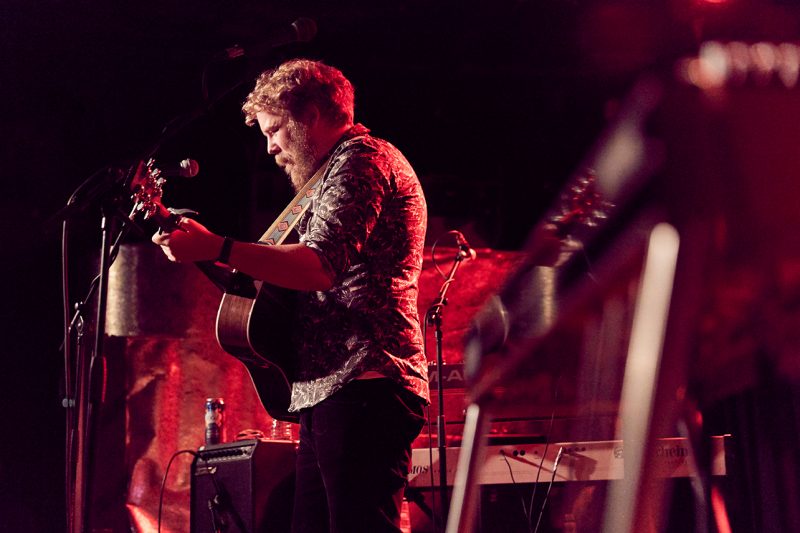 Earlier on, the London-based, Swedish-born Benjamin Folke Thomas had kept the audience equally enthralled and amused with a set that included new material from an album that’s due for release later this year. Folke Thomas has been on the roots and Americana scene in London since 2009, but seems to be growing in confidence all the while. Renowned for an impressive finger-picking guitar style, his wry and sardonic brand of folk went down a storm with those who’d made the effort to get into the venue early. He’s clearly also formed a close bond with John Murry on tour, with the latter encouraging Folke Thomas to join his band for a significant part of his set while describing him “as one of the nicest human beings I know.”

With credit to David Handley, ace photographer, for the pictures.