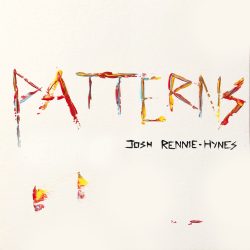 After making a name for himself in his native Australia, Josh Rennie-Hynes upped sticks from his home in Queensland and – upon being granted the impressive Nashville Songwriters Residency grant by the Australian Council for the Arts – made Music City USA his permanent base and where he would record his third solo record. The opening lines of the album (from the track ‘Standing Still’) feel like Rennie-Hynes is speaking to himself of the importance of pushing his creative and geological boundaries: “Oh my love you won’t / Ever find the things you want / If you don’t trust yourself once in a while.”

Trust himself he did, moving to Nashville with very limited connections personally and professionally, but it’s a move that has paid off. This is an album solidly influenced by his new place of residence. Produced by guitarist Alex Munoz – who has worked with the likes of Margo Price – and featuring drummer Allen Jones and bassist Christopher Griffiths (both of whom are regulars in Will Hoge’s band) – the tone, unsurprisingly, shifts effortlessly between country and rock, with the harmonica making a few welcome appearances.

‘Stay’, written about the recounting of an LSD trip, is floaty and dreamlike: “The sky is falling down / And I don’t know where I am / Just a thousand different things / All scattered by the wind.”. ‘Ghosts’ features lush sounding strings accompanying lyrics that tell of regret over his past actions in a relationship: “There’s things I never told you / Things I always hid.” ‘High Road’ see him shaking off such insecurities and confidently exclaiming: “I’m taking the high road out of here”, as he leaves a relationship in the dust. ‘Home to You’ is the perfect album closer, Rennie-Hynes’s voice creating beautiful harmonies with Erin Rae’s.

Although some tracks can fall into the forgettable category, with this strong collection of Nashville crafted songs, it feels like Rennie-Hynes has found the path he was meant to be on, and it’s with excitement we await to see where that will lead him next.