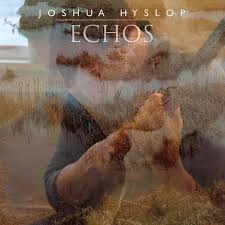 On first hearing the dulcet tones of Canadian singer-songwriter Joshua Hyslop it would be easy, and not a little bit lazy, to file him away as radio friendly, middle of the road and unremarkable. His voice could have been made to fit snugly and comfortably within the mainstream Radio 2 playlist. However, get past the first two tracks and with track number three Home Hyslop raises the bar and starts to demand attention. Unremarkable becomes distinctive and soulful. The musical accompaniment becomes a subtle complement to the songs, as highlighted by the brief but effective harmonica on Long Way Down and Lighter Than a Stone. The album settles into a lovely, laid back rhythm, mostly acoustically driven and understated in a way that allows Hyslop’s vocals to really get under the skin.

How You’ve Been is a great track, soaring vocals and atmospheric guitars creating a subtle change in tempo that manages to create a memorable three and a half minutes of loveliness without ever threating to disturb the warm and fuzzy feeling that by now has you by the short and curlies.

Many of the songs on the album were inspired by the hardships that Hyslop observed in those around him in the annus horribilis that was 2016. The album title was designed to reflect his writing, taking the very real experiences of those around him and echoing them, honouring them in words that were structured to be very empathetic. The first single, Fall, demonstrates this as good as any, a song about the feeling of hopelessness that comes from reaching the end of the line and the struggle in trying to move forward and get back on track. Built around a simple acoustic heart, layered with strings that weave in and out and everywhere in-between those gorgeous vocals, Fall is a masterpiece of unpretentious and evocative song writing.

This is the third album from this critically acclaimed Canadian and this beautifully crafted collection of songs should do nothing but enhance that reputation and, if Hyslop does make that Radio 2 playlist, it will be for all the right reasons.

An album to cherish from a hugely gifted Canadian singer songwriter