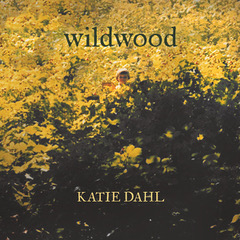 Katie Dahl’s fifth album ‘Wildwood’ is a very personal affair centred around Door County, Wisconsin where her family has lived for six generations. There are umpteen examples of songwriters paying homage to their homelands or hometowns. The best, through shared experiences and common emotions, are able to resonate with a wider audience.  This is where ‘Wildwood’ falls short. It’s a bit too personal, parochial even, to make a more inclusive connection.

That’s not to say it doesn’t have merit. The song-writing is strong, and Katie Dahl possesses a clean and clear voice that she could make greater use of. Most of the time she sings within herself, creating a gentle, even cosy sound. When she cuts loose a bit more on ‘Oh Minnesota’ a hint is offered of what she is capable of. That track is an exception though. Most of the songs are low paced and screaming out for a bit more emotion. Producer JT Nero (of Birds of Chicago) tries valiantly to inject some life into proceedings, adding fiddle and pedal steel to enhance the sound. So, whilst there is nothing to offend, there is precious little that generates any excitement either. Ultimately, this is an album of the kind of inconsequential armchair folk that might appeal to Radio 2 listeners.