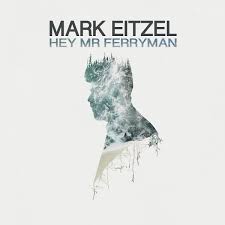 Eitzel is an arresting cove. A lounge room crooner with impeccable Americana credentials and instincts. Beyond that an entertaining, erudite man with much to say and a lot to share. This album marks a massive up swing in his profile as in the company of Bernard Butler he aims for the kind of mainstream breakthrough that similar artists such as John Grant and Jason Isbell have enjoyed; critically acclaimed solo material released after leaving loved but not massive bands (in the case of the Czars the band had folded). Originally conceived as a stripped down set by Eitzel the instinct of Butler as producer to widen and fill out the production has paid enormous dividends as Eitzel has delivered his most consistent and musically assured album yet.

Tracks such as Just Because burst forth from the grooves as Butler’s guitar swoops and wheels amongst the strings and Eitzel’s voice. The crisp drumbeat keeping everything focused and allowing the song to grow to its emotional climax. Similarly Sleep All Day is meditative and gentle, gossamer light as Eitzel unfolds his lyric on the cushion of the production couching the bittersweet words. Lovely.

There is real emotion as he sings The Singer (For Jason Molina), thrilling as the cinematic soundscape unfolds behind the uncomfortable narrative, pausing for breath and then charging on. This is a deeply moving album,  the more you swim in its waters, and long may this creative partnership continue.