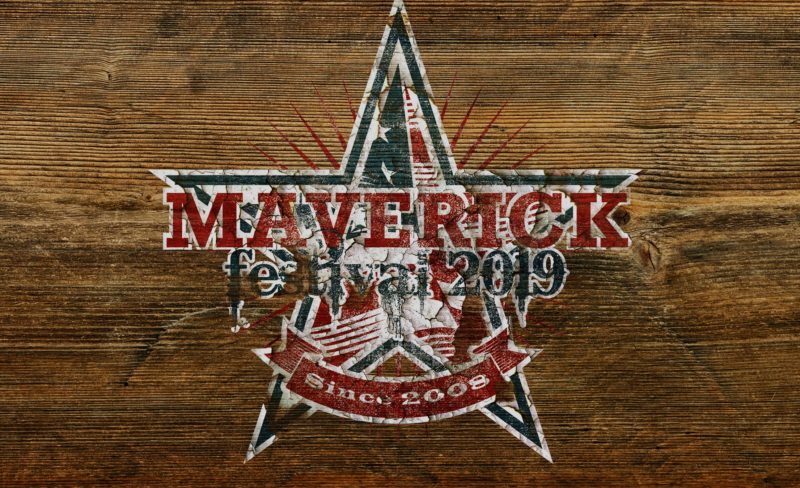 The Maverick festival is the grandaddy of UK Americana and roots shindigs. For over a decade, Maverick has been bringing the best of emerging and established acts from wherever they lay their hats to the Easton Farm Park in Suffolk, where Paul Spencer in his multiple roles as founder, host, director and general go-to-guy does the leg work and everyone proud. Back on April Fool’s Day attentive readers might recall a colleague attending the first ever launch party for the hallowed event with performers including Dana Immanuel and The Stolen Band. Heavy on bluegrass and cajun, Dana nicely captured Spencer’s emphases for this years bash.  But hang on there, the jokes on us…It turns out that this was just the warm up to the warm up!

Down Balham way at the Bedford, recently refurbished after years as a stepping stone for the likes of Ed Sheeran and Paulo Nutini, the official Maverick launch rolled into town. Anyone who was anyone was there in the grand circular Club Room including Paul Spencer, holding court as compere, festival publicity mastermind Lizzie Evans (EvansAbovePR) and a selection of artists representing a diverse mix of what’s to come at Easton Farm. Not to mention your AUK representative, on hand to bring you all the details of the evening’s entertainment (while closely guarding his place at the bar). First up after the introductions were the Henry Brothers, who had the banter needed to warm up this slick, showpiece-type affair. They’re a Norfolk duo who specialise in ‘old time country songs of mortality and murder’. With so much natural joviality much of the inherent danger of their set got lost in all the good spirits. The slide dobro and upright bass set off close harmonies to give off a warm glow rather than murderous intent – more Boxing Day in the Nags Head than Mississippi Maximum Penitentiary. Songs like the Appalachian trad murder ballad ‘Rose Connelly’ sound like great fun when performed by the Henry Brothers – in a nursery rhyme kind of way. They interact with their audience with natural bonhomie, culminating in a short speech about how people often ask if they’re really related. “We’re from Norfolk” Mark beamed at the audience, “Of course we’re related!”. An amusing anecdote, all very well rehearsed, just like the set. But there was something missing from the Henry Brothers – the depravity of many of their chosen lyrics never came through in the performance. Or perhaps that’s the intention…

After a short interval it was time for something completely different. Broken Islands are just one of several ongoing projects native Californian Dan Beaulaurier has to his name. Tonight he had his country boots on – literally. Dan takes care of guitar and backing/lead vocals while Claire Rabbitt – the Emmylou to his Gram – concentrates on vocals. And they certainly looked the part – seventies country glam outfits for their ‘sadcore’ tribute to the greats of the previous generation. Theirs was a set, like the last act, largely of ballads but this time from the ‘Laurel Canyon’ era, faithfully reproducing Neil Young’s ‘Heart Of Gold’ and ‘Only Love Can Break Your Heart’, alongside Emmylou and Gram’s ‘Love Hurts’ and ‘Return Of The Grievous Angel’ while little known songs like Dylan’s ‘Oh Sister’ also crept in and Gillian Welch was also represented.

The delivery was stripped back and honest, while many of the introductions had a personal flavour. Rabbitt seemed to become distracted at times, losing her train of thought as she caressed her glass of wine. That became the pattern of events, as Beaulaurier held things together while Rabbit seemed to lose focus as the set went on, her stagecraft becoming more erratic, swishing her skirt and flicking her hair defiantly as she missed more and more notes. The Winehouse-esque speech eventually came when she gave a short, slurred monologue on the struggle to hold on to the one you love. Ultimately, what started out as two young singers in close harmony showing their appreciation of a golden era petered out into a lame duck  – the crisp white suit and sweeping gown turning into old leopard print and a frayed straw Stetson.

And then it was time for the main act. Texan Sam Morrow has presence by the bucket load (as do his band), and when they launched into ‘Heartbreak Man’ it became clear that here was a man with no time to waste. By the time lead single ‘Quick Fix’ from Morrow’s latest album ‘Concrete and Mud’ came crunching out of the Vox amps, what had been an orderly gathering of like-minded music devotees was becoming an energy storm inspired by a cross between Lynyrd Skynyrd and Dr Hook on junk. Morrow operates as a lone wolf, but his band are his secret weapon, the outlaw country twang n slide provided by guitar wingman Damon Atkins is a valuable ally to the cause. Adam Arcos and Ben Gonzalez on bass and drums respectively provide a tight backbone for Sam to play his hand as one of America’s most sought after live performers of country roots rock n roll. Being based in Los Angeles hasn’t tamed Morrow, ‘San Fernando Sunshine’ is a slow groove, Arcos’s booming bass patterns shaking the drinks out of the glasses in the seated front rows, while Atkins trades Texan size lead licks with Morrow, who spits out lines such as “I can’t live off these tips, the rent’s too damn high/Nobody comes to my shows/ they’re playing next door at 9”. Sandwiched between covers of ZZ Top’s ‘Sharp Dressed Man’ and Willie Nelson’s ‘Shotgun Willie’ (both performed with Bad Company attitude) is ‘Barely Holding On’, a nod to the darker days of the ‘There Is No Map’ album’. The whole vibe inside the Bedford had gone from tepid to red hot and it suddenly felt like you couldn’t see for hair, sweat, beards and guitar leads.  This refurbished gastro-conference  centre was starting to earn its spurs again -infusing atmosphere into the new paint. Sam Morrow was arousing the ghost of a previous era  and it felt good. ‘Cigarettes’ is a “monkey on my back” call out to the dreaded snout with Skynyrd style fretboard work from Atkins while ‘Good Old Days’ marked a crossover to both a Merle Haggard style of staccato pickin’ country runs and a more outward look at the world lyrically as he protests the populists. Sam showed his mellow side on ‘Coming Home’, a powerful, melodic lament and you got the feeling he’s homesick for Texas as he sang, “I got myself an amphetamine queen, but she ain’t the girl that I seen in my dreams”. You just know that as the end neared a mighty jam session was going to kick off and sure enough, towards the end of road trip boogie ‘The Deaf Conductor’, a live favourite since the early days, the guitars were pointing to the sky in a foot tapping groove fest. ‘Paid By The Mile’ rounded off the show, via the usual ‘Tulsa Time’ diversion and it was off to the merch stands for after show meet and greets, souvenirs etc.

There was country, blues and soul filling all four pairs of headline cowboy boots and after tonight Sam Morrow will be no 1 on the Maverick attendee hit list of artists to prioritise.

Once again Paul Spencer and his Maverick team have put together a stellar cast for the weekend starting July 5. See more at the festival website.