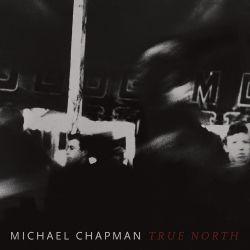 In 1970 British folk legend Michael Chapman released his second album, ‘Fully Qualified Survivor’. Nearly half a century and almost as many albums later no better phrase could describe him. Now 78 and still on the road, he’s made, if not his best album ever, certainly one that is on the podium. His age and experience bleeds through the eleven songs here, with the opening ‘It’s Too Late’ setting the tone in both title and content, a story of regret and lost love accompanied by keening slide guitar and offered in Chapman’s gravelly cracked voice.

The four originals sit perfectly alongside the seven that have appeared on previous releases. The versions of the latter bid fair to be definitive while the former show that his songwriting muse has not deserted him. His acoustic guitar is foregrounded and BJ Cole and Sarah Smout on cello provide the perfect low key accompaniment, never more so than on the six minute instrumental ‘Caddo Lake,’ a richly evocative and melancholy piece.

The penultimate ‘Youth Is Wasted On The Young,’ is not as you might suppose, the bitter complaint of a septuagenarian but a harsh and honest assessment of his life and how he got to where he is. Many ageing musicians make albums that look back on past regrets, missed opportunities and losses but few, if any, have done it as well as Chapman here. In the aforementioned ‘Youth…’ he sings “there are so many futures but now there are none.” After an album as outstanding as this one can only hope that in this regard at least, he’s wrong.