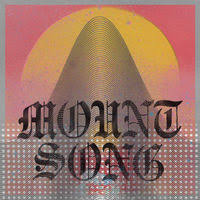 You know that hazy rock sound, the one where the songs seem to drift along on a kind of medicated meander? That’s what Mount Song do. They never push too hard the songs that aren’t suffused with energy; they’re more a close your eyes watch the patterns form on the back of your eyelids kind of a band. They are Swedish (I don’t think that matters) led by Jacob Johansson, but they could be from anywhere, they could be from Oklahoma. I think the Flaming Lips (pre Soft Bulletin) are an influence and there are also echoes of Radiohead – Wake Up has that feeling, it simmers along bursts into choruses, while Guitar on Fire is a smoulder rather than a blaze.

History musically nods towards Seattle in the mid 1980’s and Halo sounds so very much like the Floridian pop-psych band Home who put out a couple of wonderful records in the mid-1990’s. So there’s not much that is original going on here – the performances are sometimes right on the money, reaching the heights of their precursors and at other times there’s quite a gap between the ambition and the outcome. Rocket Ride plays to their strengths, a skewed pop song that is modest and punchy whilst We Have it All tends more towards the bloated epic and ends up weighed down by its skirmishes with pomposity. It’s a record that falls apart the more you listen to it, it takes itself too seriously, there’s too much drifting and not enough bliss.

It’s a record that falls apart the more you listen to it. It takes itself too seriously – there’s too much drifting and not enough bliss.