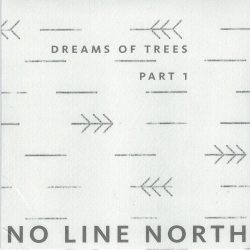 This is, effectively, an EP – just five tracks – but Part 2 is scheduled for release later this year and will “maintain its folk leanings and delve more heavily into garage rock”. Meanwhile Dreams of Trees Part 1 will be available digitally and on limited edition cd from the end of April (April 28). The press release calls this a “uniquely unified sound….transcending and bending genres…” so there is an obvious level of expectation which, on first listening, this recording really doesn’t deliver.

It’s not helped by the fact that opening track Line Drive is a fairly anodyne soft rock instrumental – it’s underwhelming at best. It’s beautifully played and all the band members are clearly talented musicians – but there’s nothing here to make you sit up and think “hmm, they’re really transcending and bending genres!” Having said that, things do take a turn for the better with the subsequent tracks. The remaining four tracks fall into the folkier end of Americana and they’re pretty good. Butterflies is a nice, lilting song with Lys Guillorn supplying a nice counterpoint female voice to lead singer, and main songwriter, Jon Schlesinger. This is followed by Sky & Sea and then, possibly, the best song on this EP, the up tempo Under the Sun. It should be said that all the tracks benefit from some first class fiddle playing from Brian Slattery, who provides most of the musical embellishment and keeps these tracks moving along. The final track is an interesting reading of traditional song Sugar Baby loosely based on the Dock Boggs interpretation. Here you can hear some of that experimental, genre bending approach they were going for, as they give the song a lot of air and the use of a vibraphone to bring a spaced out feel to the track that hints at psychedelic and weird folk.

At times No Line North sound a bit like John Sebastian singing with The Waterboys – not necessarily a criticism – but, overall, the best comparison for their sound would probably be The Decemberists, and that’s also no bad thing. There are tracks here that seem likely to improve with listening and there is much to explore and experience – just not that opening track!

Interesting sounds from the folkier end of Americana.