Remember when this used to happen about six times a year? Rolling Stone reports: “Ryan Adams released the first single, a power ballad called “Do You Still Love Me,” from his forthcoming new album Prisoner, set to arrive February 17th. The anthemic track is rife with hair metal power chords and an organ intro reminiscent of Whitesnake’s “Here I Go Again.” Adams detailed the LP in an Instagram post where he shared the album artwork which is this: 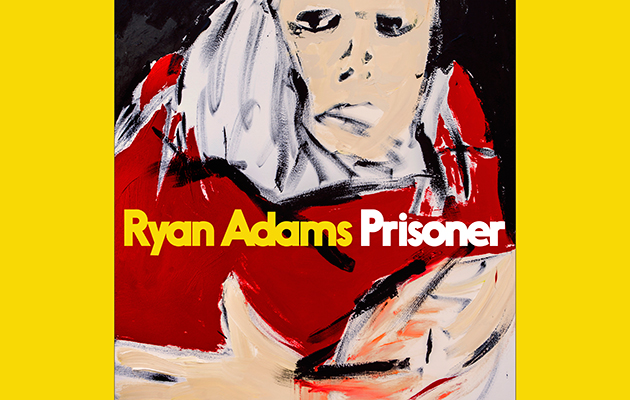 In an interview with Entertainment Weekly over the summer, Adams spoke about his 16th solo record, which was then scheduled to arrive in November. The singer-songwriter name-checked a variety of influences including AC/DC, Bruce Springsteen, Bruce Hornsby and Electric Light Orchestra. Adams said he initially wrote nearly 80 songs for the record, but worked with legendary producer Don Was to pare the track list down to about 12.

More recently, Adams told Japan Times that he began writing Prisoner while in the middle of his divorce from Mandy Moore. “To be me and to go through that the way that I did was destructive on a level that I can’t explain,” Adams said. “So a lot of extra work went into keeping my chin up and remembering what I did and what I loved about who I was.”

While Prisoner marks Adams’ first new collection of original material since Ryan Adams, in 2015 he released a song-for-song cover album of Taylor Swift’s 1989, putting a folk-rock spin on that LP’s Eighties synth-pop style. This May, Adams released a massive box set edition of his breakthrough 2000 debut, Heartbreaker.”

Do You Still Love Me?
Prisoner
Doomsday
Haunted House
Shiver and Shake
To Be Without You
Anything I Say To You Now
Breakdown
Outbound Train
Broken Anyway
Tightrope
We Disappear