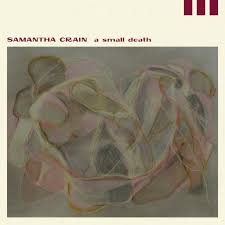 An interesting, compelling and exciting album this; written by Samantha Crain upon recovering the use of her hands after a prolonged period following three serious car accidents in three months the last of which left her bedridden for a year and a half. It has an immediacy and a tenderness as well as knack for pop-infused earworms.

Opening with the hushed and gentle ‘An Echo’ Crain brings us deftly into her world which she then illuminates with the gorgeous ‘Pastime’ which must be a shoo-in for a teen anthem if it featured on a ‘happening’ Netflix series. Shot through with a propulsive energy and Crain’s powerful vocal reminiscent perhaps of Pheobe Bridger or perhaps Katy J Pearson. ‘Holding to the Edge of Night’ is perhaps at the outer limits of our remit with its deft production touches featuring oboe amongst others but the ship heads back into more familiar waters with the acoustic guitar-driven ‘High Horse’ which gives full rein to Crain’s dramatic vocal stylings from whispered to powerful cri de coeur during its stark and affecting narrative.‘Reunion’ plays with some favourite minor chords to fashion a steel guitar-driven pop song hybrid with some gorgeous piano sprinkling magical touches along the way.

Crain is a two-time winner of Native American Music Awards but that was before her accidents and this album feels like a rebirth. It is certainly a relief as depression following her traumas left her unsure of her talent or ability to get through the experiences. She can be in no doubt now as this knocks most albums that come across this desk out of the park for creativity and the sheer number of melodies packed into the grooves. It is genre-defying in its scope and is all the better for it – if pressed Indie folk-pop with Americana flavours!