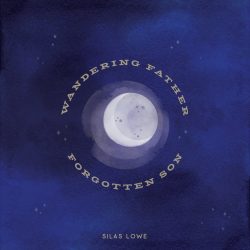 Written as an ode to an absent father, ‘’Wandering Father, Forgotten Son’’ is an album of many textures, with the stylistic differences between Roy Michaels, the father, and Silas himself being mixed throughout the record, as well as the conflict between the missing father, and the man who is mourned following his recent death. What comes from this emotional turbulence is a very raw and gutsy album, leaning as much into Appalachian folk as it does Texan dance-hall and Americana.

The interesting thing about this record is the differences in style between the six songs penned by Roy Michaels and those by Silas Lowe. Michaels’ songs are less traditional Americana than Lowe’s, who has much more of a folk style of song. For example ‘’Moving To Manchaca’’ would be very much at home at a dusty barn-dance in Austin, with the two-step rhythm and soaring fiddles over the rhythm guitar whereas  Michaels’ ‘’Ode To Oregon’’ is much more circumspect, both more melodic and more sedate, writing in more abstract terms about the sun and moon as metaphors for different personality traits. Musically the song is also less traditionally Americana, with the use of the trumpet to blend different elements of jazz into the song as well.

That isn’t to say that Lowe isn’t every bit as much of a heartbreak songwriter, because he shows that he is on ‘’About A Dying Father’’ which seems to be the lynch-pin for the whole record, getting to the crux of why this album was recorded and allowing the other tracks to build around it. Themed around looking back at life from old age and agonising on a philandering life, the song seems to be autobiographical for his father, who was absent as Silas was growing, before coming back later in life to build a relationship. There is both a bittersweet and regretful tone to the song, which is reflected in the writing, which is quite stark and very beautiful.

‘’Angel’s Devil’’ is another song penned by Roy Michaels, and has that hint of darkness that are contained in many of his other tracks on ‘’Wandering Father, Forgotten Son’’. With the deep, slow string section adding melancholy to the circumspect lyrics, the track seems to be one of self-assessment and it’s short nature does make it more of an interlude to the more complex musical styles presented, as on the next track ‘’Edge Of The World’’ which is similarly subdued, but with vocal harmonies adding  texture to the song, making it slightly more religious.

This is not an easy album to get to grips with. It is quite dense and doesn’t have any ‘hooks’ to keep you coming back for an easy listen. It is hard work, but once you get there is is rewarding to listen to the depths in each song.

A record revolving around the conflicting emotions between an absent philandering father and the man who returned to build a relationship with his son.