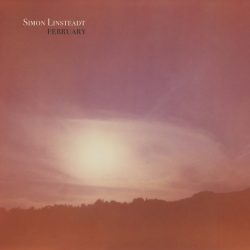 album exudes relaxed California cool, which is just as well really as the artist is a native of that State. Without the knowledge that this was a new release it is likley that you would assume that the music here hails from the early 70’s. There are many comparisons that can be made such as America, Poco (indeed Linsteadt’s voice is not unlike that of Timothy B Schmit) Seals & Croft and almost all of the Laurel Canyon brigade. There is a gentleness to the whole work which is essentially acoustic demonstrating Lindsteadt’s guitar skills.

Linsteadt has recorded six studio albums, some with a group called Steep Ravine and appears to be your architypal singer-songwriter of the folk tradition. Of the nine tracks two are instrumentals and one of these The Alien is five and a half minutes of pure heaven. You are almost defied not to drift away and fall to sleep – a good track to have on at the end of the day. Something That I Need also stands out for special mention. It has almost no additional lyrics apart from the title but has a great chorus hook and harmonica piece and is different in the context of the album by featuring drums and electric guitar.

So you will have gathered by now that this is not a sit up and hit you album but one that you need to listen to with time on your hands and preferably a glass of wine or whatever beverage takes your fancy. It is a really good piece of work which will be enjoyed by fans of the relaxed sound on offer with no really poor tracks although one or two more pieces to round the album off would have been welcome. Perhaps the well of inspiration just dried up in the chilled out mood.

Chilled out sounds to get that little closer to California