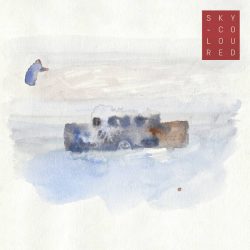 Challenging is good and this is a record to challenge. It starts like a straightforward jazz record, possibly contemporary Norwegian, a propulsive beat driven by brass. It takes a couple of minutes for the vocals to arrive and they are matter-of-fact; the brass stops and leaves a gap, then it flits back in and the strings flash like a Philadelphia soul record, and the vocals are kitchen-sink, downbeat, describing the day when Thatcher was buried. Then comes Dust that moves from jazz to funk  it feels like Cathy Come Home meeting Bootsy Collins – it’s that strange mix of dour British observation with vibrant American musical forms, ia fascinating contrast.

Harvest with its dripping piano notes and beats doesn’t help to clarify; this time it’s more like Noel Coward produced by Portishead. It’s the work of Anthony T Jackson – he’s the writer, singer and piano player and he’s helped out by a group of excellent musicians. Little Wonder marks a settling down and casts Jackson as a sort of Gilbert O’Sullivan figure leading on the piano with just splashes of brass and strings for emphasis. And when you think you have worked out what’s going on, Hours starts with a choral section before expanding out into a conversation between Jackson his piano and some muted brass. It comes close to the feel of some of the songs on the last Unthanks record. The contemplative and relatively subdued Quietness (there are rumbling guitars low down in the mix) provides a respite, quickly establishing itself and for nearly seven minutes ducking any real eccentricities.

The songs are, for their musical breadth, more limited in their geography and emotion. The closer London is typically rooted in the quotidian with buses going to Heathrow and arrivals at Euston, the contrast between the everyday greyness of the lyrics and the invention and adventure of the music being the central point here. It makes for an interesting listen – it’s a challenge but it is one with rewards.