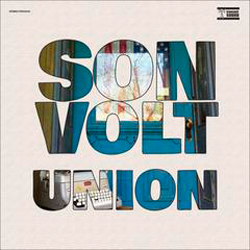 While Jay Farrar might be considered as being pretty grounded when it comes to singing about familiar folk themes he’s never been a political writer. On ‘Union’ that changes as he here turns to topical concerns, setting out what is essentially his state of the union address. ‘Union’ is not a protest album, there are no street fighting anthems here and the names of the guilty are not mentioned, but when he sings, “Proud to serve but not this president,” on ‘Reality Winner’, it’s not hard to guess his inner thoughts even though the song is ostensibly about a whistleblower jailed for leaking classified documents.

With the finger pointing kept to a minimum it’s those most affected by the political climate who are championed here. ‘The 99’ is a vocally scathing take down of the corporate nightmare and rampant capitalism with Farrar noting, “the 99 per cent have been taken for a ride” while on ‘Lady Liberty’ he sings, “Lady Liberty’s tears, may you wash away the prejudice.” It’s noteworthy that several of the album’s songs were recorded at the Woody Guthrie Centre in Tulsa, Oklahoma as Guthrie does come to mind especially on the closing song ‘The Symbol’. Here Farrar sings of a Mexican immigrant living in Monterey whose ten years of hard graft and honest work counts for nothing. “They say I’m a criminal, that’s what they say, my children born, in the USA. They say these children they too must go but their home is here, not Mexico.” It’s a bleak song with only acoustic guitar, accordion and occasional percussion adorning it and it’s the most moving number here.

There’s a strong opening number in the shape of ‘While Rome Burns’, another stab at the moneymen in charge and ‘Holding Your Own’ features some fine playing especially from Mark Spencer on lap steel. However, elsewhere there’s a lack of vitality as Farrar’s familiar voice rarely burns and there’s little variety in the tempos. While ‘Lady Liberty’, not by any means, fast paced, can offer up a decent trot, ‘Rebel Girl’ just tends to plod along. A pity really as Farrar’s words and concerns are judicious.