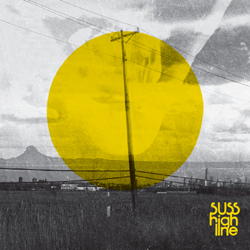 It’s ambient country time as SUSS, a New York based instrumental collective, cast their minds for a second time to the arid wonders of the American southwest. Their debut album, ‘Ghost Box’ was an unexpected Spotify hit a few years back and, knowing a good thing, the band follow it up with more of the same. There are 12 instrumentals in all with evocative titles such as ‘Mojave’, ‘Road Trip’ and ‘Salt Flats’, and all float gently into view and then, just as gently, float away.

This is music which owes more to the ambient stylings of Brian Eno as opposed to the sturdier desert tunes whipped up by the likes of Calexico in their early days. The tunes shimmer as if in a heat haze with the pulse rate never lifted. There are moments when an actual riff threatens to intrude as on the closing moments of ‘Blue Dunes 1’ but overall it’s decidedly a matter of shifting shapes of sound creating an atmosphere, a soundtrack of sorts although you would have to make up the movie in your own mind.

Sensitively synthesised keyboards and guitar effects dominate throughout but when an actual piano, guitar or pedal steel is glimpsed, it brings some warmth to the experience. Otherwise, for an album which is supposed to capture the essence of dry dunes and gulch lands, it lacks any sense of the physical presence of the landscape or the climate. Maybe there’s just too much distance between New York and the Mojave desert, geographically but also in the head. Essentially, High Line is background mood music, nice enough but compared to an outfit such as 3hattrio, a bunch who actually live in the desert, it’s like a Tripadviser review as opposed to the real experience.

Ambient desert soundscapes which fail to get hot and sweaty