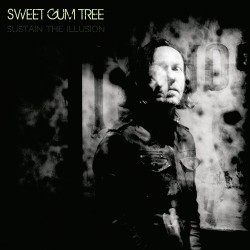 In the 1980’s alongside, all of the hardcore, reggae and The Fall, John Peel occasionally championed some bands that didn’t quite fit; they were self-consciously ‘arty’ and most of them would end up on 4AD records or just fade into obscurity – they fell somewhere between The Wild Swans and Swans Way. SGT have a grand(iose) sweep and a sound that is steeped in the 1980’s the synthesiser sounds and the ability to embrace the embellishments without any self-consciousness. Sometimes it is possible to put your finger on exactly the precedents. On Someday there a definite whiff of the Blow Monkeys, both in the vocals and the structure of the song; elsewhere the influence is filtered and fully absorbed, they leak out like a dark root showing in a head of blonde hair, there are a few phrases of Rollercoaster where I can almost feel Smash Hits in my hands.

Guilt Trip has the kinetic synth energy that I associate with John Foxx, it’s so dense and layered that it has an unstoppable momentum – contrast that to Clean Slate that gets as uncluttered as SGT get, and that means piano, a fog of electronic noise and a vocal that has the confidence of Tony Hadley. Burn Your Icons isn’t the most Associates like song on the album but it is another point when I’m reminded of them. With The Gift the focus shifts, no longer are we in the world of the synthesised, and more in the territory of Sophia (the band led by Robin Proper-Sheppard) thoughtful melodic slowcore. It’s a record that has a few different guises and which calls on a different heritage than the usual Americana records that we review. It ends gracefully on Keeper and though it doesn’t quite convince me that’s what it is, it has begun to win me over.

Vaulting ambition may have over vaulted itself